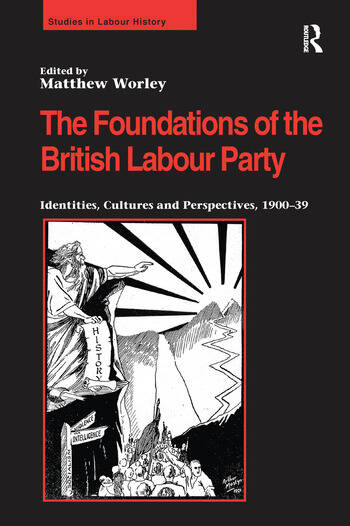 The Foundations of the British Labour Party: Identities, Cultures and Perspectives, 1900-39

Interest in the Labour Party remains high, particularly following the unprecedented election of a third successive Labour government and amidst the on-going controversies that surround the New Labour project. Increasingly, the ideological basis of the Labour Party has come under scrutiny, with some commentators and party members emphasizing progressive traditions within the party, whilst others refer back to the trade union foundation of Labour. This volume brings together a group of scholars working within the field of labour history to consider the various elements that influenced the early Labour Party from its formation into the 1930s. The party's association with the trade union movement is explored through the railwaymen and mineworkers' unions, while further contributions assess the different ways in which the Independent Labour Party, the co-operative movement, liberalism, Christianity and the local party branches helped lay the foundations for Labour's growth from a parliamentary pressure group to a party of government.

Matthew Worley is Reader in History at the University of Reading.

The Foundations of the British Labour Party: Identities, Cultures and Perspectives, 1900-39