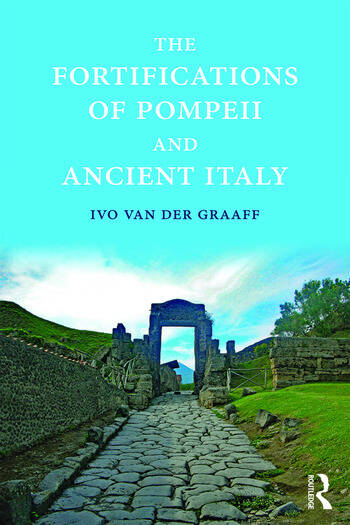 The Fortifications of Pompeii and Ancient Italy

The fortifications of Pompeii stand as the ancient city’s largest, oldest, and best preserved public monument. Over its 700-year history, Pompeii invested significant amounts of money, resources, and labor into (re)building, maintaining, and upgrading the walls. Each intervention on the fortifications marked a pivotal event of social and political change, signaling dramatic shifts in Pompeii’s urban, social, and architectural framework. Although the defenses had a clear military role, their design, construction materials, and aesthetics reflect the political, social, and urban development of the city. Their fate was intertwined with that of Pompeii.

This study redefines Pompeii’s fortifications as a central monument that physically and symbolically shaped the city. It considers the internal and external forces that morphed their appearance and traces how the fortifications served to foster a sense of community. The city wall emerges as a dynamic, ideologically freighted monument that was fundamental to the image and identity of Pompeii. The book is a unique narrative of the social and urban development of the city from foundation to the eruption of Vesuvius, through the lens of the public building most critical to its independence and survival.

1 Prolegomena to the City Walls of Pompeii

The city walls and the urbanization of Pompeii

2 Defense and the Genesis of the Community

The fortifications and the city

The Altstadt as nucleus to Pompeii

3 A New Enceinte for a New City

Gates and towers in the first Samnite circuit

Emphasizing the transition through the fortifications

Reaching new heights: opus incertum and the next phase of construction

4 Establishing an Image for Samnite Pompeii

Calibrating the image of the expanding city

Building materials and the image of Pompeii

Fortifications and the urban network

The image of the high Samnite city

Patronage and display at the walls

5 The Fortifications and the Roman Colony

The walls of the colony

The development of the gates

Change and continuity in the towers

The changing role of the fortifications

6 The Fortifications and Roman Pompeii

The significance of an entertainment district: the fortifications, the amphitheater, and the palaestra

Fortifications and the tomb: dialogues in social order

City walls in the domestic sphere: reflections of urban and social ideals

7 The Fortifications of Pompeii in their Broader Context

The closest parallel to the Pompeian circuit

Masonry, fortifications, and the definition of a city

Towers and the ornamentation of the city

Patronage and the concept of the city

The development of Venus Pompeiana

Religion, fortifications, and identity outside of Pompeii

Patronage, religion and power at the gates

The Fortifications of Pompeii and Ancient Italy