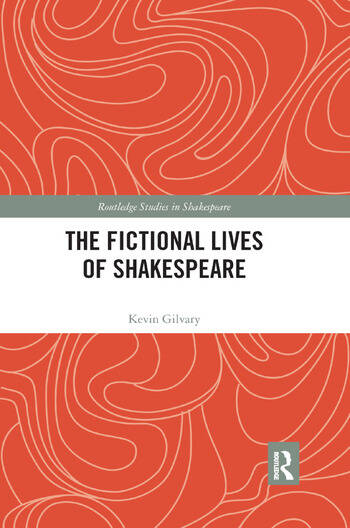 The Fictional Lives of Shakespeare

Modern biographies of William Shakespeare abound; however, close scrutiny of the surviving records clearly show that there is insufficient material for a cradle to grave account of his life, that most of what is written about him cannot be verified from primary sources, and that Shakespearean biography did not attain scholarly or academic respectability until long after Samuel Schoenbaum published William Shakespeare A Documentary Life in 1975.

This study begins with a short survey of the history and practice of biography and then surveys the very limited biographical material for Shakespeare.

Although Shakespeare gradually attained the status as a national hero during the seventeenth and eighteenth centuries, there were no serious attempts to reconstruct his life. Any attempt at an account of his life or personality amounts, however, merely to "biografiction".

Modern biographers differ sharply on Shakespeare’s apparent relationships with Southampton and with Jonson, which merely underlines the fact that the documentary record has to be greatly expanded through contextual description and speculation in order to appear like a Life of Shakespeare.

Introduction: The Fictional Lives of Shakespeare 1

1.1 The Western Tradition of Biography 8

1.2 Coherence and Linear Narrative in Biography 12

2 Gaps in Our Ignorance: the Biographical Material for Shakespeare 18

3 Inventing the myths: the seventeenth and eighteenth centuries 43

4.2 Use of the Poems for Biographical Inference 68

4.3 Ambition for a Life of Shakespeare 69

5.1 Skepticism in the Nineteenth Century 77

5.4 Dowden and the adoption of a chronology 87

5.5 Rejection of Bardolatry in the twentieth century 89

Kevin Gilvary received his Ph.D. in English Literature from Brunel University London in 2015. He also holds a BA and MA in Classics as well as an MA in Applied Linguistics from the University of Southampton. He taught at Barton Peveril College in Hampshire, UK, for twenty years.

The Fictional Lives of Shakespeare