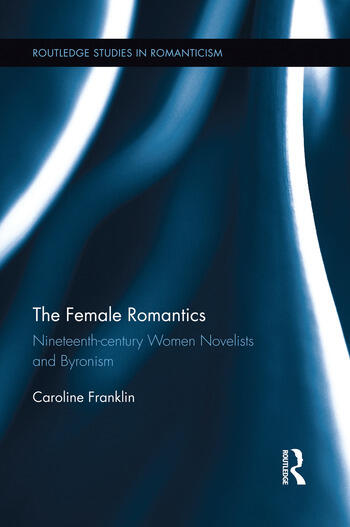 The nineteenth century is sometimes seen as a lacuna between two literary periods. In terms of women’s writing, however, the era between the death of Mary Wollstonecraft and the 1860s feminist movement produced a coherent body of major works, impelled by an ongoing dialogue between Enlightenment ‘feminism’ and late Romanticism. This study focuses on the dynamic interaction between Lord Byron and Madame de Staël, Lady Morgan, Mary Shelley and Jane Austen, challenging previous critics’ segregation of the male Romantic writers from their female peers.

The Romantic movement in general unleashed the creative ambitions of nineteenth-century female novelists, and the public voice of Byron in particular engaged them in transnational issues of political, national and sexual freedom. Byronism had itself been shaped by the poet’s incursion onto a literary scene where women readers were dominant and formidable intellectuals such as Madame de Staël were lionized. Byron engaged in rivalrous dialogue with the novels of his female friends and contemporaries, such as Caroline Lamb, Mary Shelley and Jane Austen, whose critiques of Romantic egotism helped prompt his own self-parody in Don Juan. Later Victorian novelists, such as George Sand, the Brontë sisters and Harriet Beecher Stowe, wove their rejection of their childhood attraction to Byronism, and their dawning awareness of the significance for women of Lady Byron’s actions, into the feminist fabric of their art.

1. Aristocratic Romanticism: Women travellers, Byron and the Gendering of Italy  2.‘Thunder Without Rain’: Mary Shelley, Byronic Prometheanism and Romantic Idealism  3. Cutting The Corsair down to size: Lady Caroline Lamb’s Ada Reis and George Sand’s L’Uscoque  4. ‘The interest is very strong, especially for Mr Darcy’: Jane Austen, Byron and romantic love  5. "My voice shall with thy future visions blend": Byron’s daughters, Lady Byron and Anne Brontë’s The Tenant of Wildfell Hall  6. "Happiness is not a potato": Byron, Belgium and the romantic feminism of Charlotte Brontë’s Jane Eyre and Villette  7. Harriet Beecher Stowe’s Romantic racism and her pathology of Byronic Masculinity

Caroline Franklin is Professor of English at the University of Wales, Swansea, where she is Director of the Centre for Research into Gender and Culture.

"Literary celebrity in nineteenth-century Britain was a male game, and… famous woman writers played this game in order to change it. The risk of this strategy is one made especially evident in Franklin’s book.

[This book] provide[s] nuanced accounts of how women writers resisted masculine models of influence, but also demonstrate[s] the danger of being seduced by the very paradigm, or paragon, you set out to reform." - Times Literary Supplement

"Franklin displays two outstanding strengths. First, she reads intertextuality through politics, showing that women's novels used Byron to stage major debates about government, the status of the political subject, and the rights of the individual in society.

Second, she reads the individual texts of an author in terms of her whole career, so that we see not snapshots but a trajectory. Since most of the writers she treats were less prolific than their Victorian successors, she can effectively analyze the novels of each within a single chapter." - Andrew Elfenbein, Professor of English at the University of Minnesota

'...Franklin's The Female Romantics provides such an effective outline of women writers' responses to Byronism that scholars interested in Byron's reception history will find much of note here.' - European Romantic Review