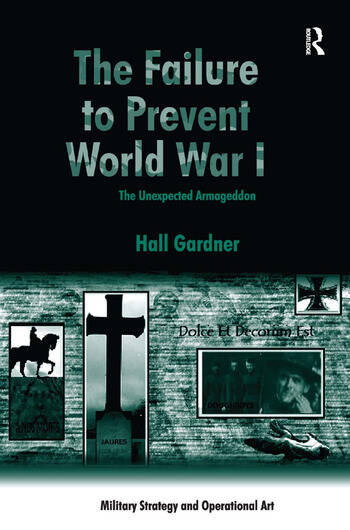 The Failure to Prevent World War I: The Unexpected Armageddon

World War I represents one of the most studied, yet least understood, systemic conflicts in modern history. At the time, it was a major power war that was largely unexpected. This book refines and expands points made in the author’s earlier work on the failure to prevent World War I. It provides an alternative viewpoint to the thesis of Christopher Clark, Fritz Fischer, Paul Kennedy, among others, as to the war's long-term origins. By starting its analysis with the causes and consequences of the 1870-71 Franco-Prussian War and the German annexation of Alsace-Lorraine, the study systematically explores the key geostrategic, political-economic and socio-cultural-ideological disputes between France, Germany, Austria-Hungary, Italy, Russia, Japan, the United States and Great Britain, the nature of their foreign policy goals, alliance formations, arms rivalries, as well as the dynamics of the diplomatic process, so as to better explain the deeper roots of the 'Great War'. The book concludes with a discussion of the war's relevance and the diplomatic failure to forge a possible Anglo-German-French alliance, while pointing out how it took a second world war to realize Victor Hugo’s nineteenth-century vision of a United States of Europe-a vision now being challenged by financial crisis and Russia's annexation of Crimea.

’Hall Gardner delivers a tour de force in his latest geo-political book. Gardner meticulously uncovers the political ambiguities and diplomatic jockeying for Continental hegemonic dominance through 45 years of evolution and collapse of the European Balance of Power system. This comprehensive study explores this transitional period from its apogée in 1870 under Germany’s masterful statesman Otto von Bismarck to the eroding impacts of German diplomatic miscalculations, Franco-Russian military intrigues since 1894 and the diplomatico-military Franco-Russo-British Entente since 1903-07, which finally cornered Germany’s hegemony and Triple Alliance.’ Marco Rimanelli, College of Europe - Bruges, Belgium and Saint Leo University, Florida, USA ’Gardner's careful untangling of the Great Powers' century-long diplomatic chess game shows how accidental the Triple Alliance-Triple Entente disjunction actually was. Of especial interest is how close Britain and Germany came to becoming allies on several occasions prior to 1907, even as Berlin embarked on the naval arms race. As fascinating as any alternate history narrative, Gardner's work should debunk many of the shibboleths of Fritz Fischer's "German aggression" thesis.’ John Eipper, President, World Association of International Studies (WAIS) '... absolutely fascinating and highly informative ... No doubt the research is both deep and intensive. I would highly recommend the book to all who have a grasp of history and its lengthy influence to our current age. I will purchase the book and urge many in my World War I Historical Association (of which I am president) to do so as well.' Sal Compagno, President of the World War I Historical Association

The Failure to Prevent World War I: The Unexpected Armageddon