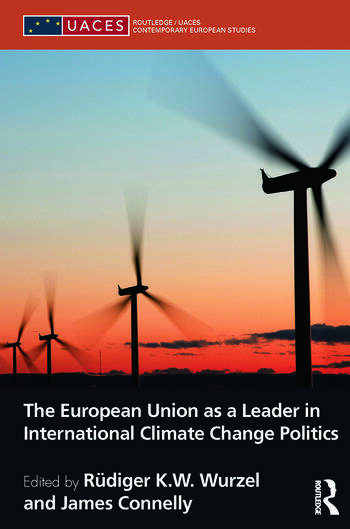 The European Union as a Leader in International Climate Change Politics

Climate change poses one of the biggest challenges facing humankind. The European Union (EU) has developed into a leader in international climate change politics although it was originally set up as a ‘leaderless Europe’ in which decision-making powers are spread amongst EU institutional, member state and societal actors.

The central aim of this book, which is written by leading experts in the field, is to explain what kind of leadership has been offered by EU institutional, member state and societal actors. Although leadership is the overarching theme of the book, all chapters also address ecological modernisation, policy instruments, and multi-level governance as additional main themes. The book chapters focus on the Commission, European Parliament, European Council and Council of Ministers as well as member states (Britain, Germany, France, the Netherlands, Poland and Spain) and societal actors (businesses and environmental NGOs). Additional chapters analyse the EU as a global actor and the climate change policies of America and China and how they have responded to the EU’s ambitions.

This book will be of interest to students and scholars of environmental politics, EU politics, comparative politics and international relations as well as to practitioners who deal with EU and/or climate change issues.

James Connelly is Professor of Politics at the University of Hull and is the Director of the Institute of Applied Ethics.

The European Union as a Leader in International Climate Change Politics