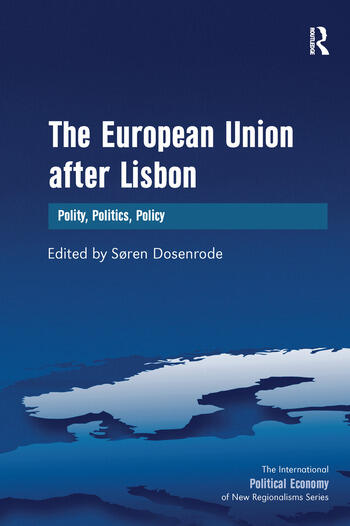 A few years have passed since the Lisbon Treaty came into force but the question still remains of what the Lisbon Treaty has actually brought about. Was it just 'relatively insignificant' as some scholars have claimed, or was it 'something' more? This book sets out to look at this question and it does so by applying a classical division: polity, politics and policy. One of the book's conclusions is that the Lisbon Treaty might have been 'plan b' compared to the aborted Constitutional Treaty, but it is certainly a substantial step forward on the European path of integration. The Lisbon Treaty strengthened the EU both as a polity (its stateness), and in its politics (the rules and procedures) and in spite of the fact that the treaty was not really a 'policy treaty', it has extended the Union's field by federalizing most of the policies within the area of Justice and Home Affairs. This anthology brings together scholars from four European countries each of them a specialist within the fields they are analyzing. Each scholar adds insights from their area of competence to the book, leaving it an important contribution to the study of today's European Union.

SÃ¸ren Dosenrode is a Professor of International Politics, Jean Monnet Professor of European Studies, and Director of the Centre for Comparative Integration Studies at Aalborg University. He holds an MPhil from the University of Copenhagen, and a DPhil from the University of ZÃ¼rich. SÃ¸ren currently heads a research project on indicators for potential regional integration. His latest Ashgate publication was ’The European Union after Lisbon: Polity, Politics, Policy’.

'The European Union is a complex lattice work of ever-changing structures, procedures and issues, making it difficult to understand, let alone appreciate as an important regional phenomenon. This new book on the post-Lisbon European Union is both exceptional and welcome for its clarity, focus, comprehensiveness and relevance. As such, it is a valuable contribution which will be appreciated by practitioners and students alike in their quest for understanding the complexities of the European Union.' Gerrit Olivier, University of Pretoria, South Africa