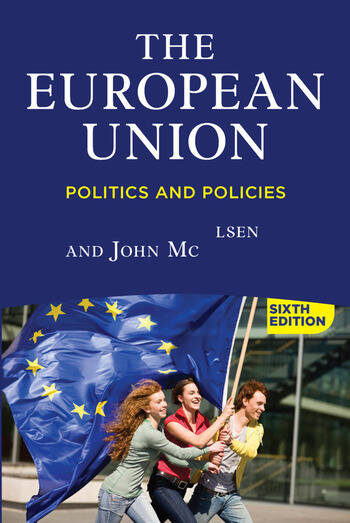 The European Union: Politics and Policies

Covering the history, governing institutions, and policies of the European Union, Jonathan Olsen and John McCormick present the EU as one of the world's economic and political superpowers, which has brought far-reaching changes to the lives of Europeans and has helped its member states to take a newly assertive role on the global stage. Unlike most other books on the EU, this text pays particular attention to the implications of the EU for the United States.

Thoroughly revised, with new photographs and updated tables and figures, the sixth edition of The European Union explains developments that have brought severe challenges to the Union, such as the Greek crisis, the Brexit, tensions with Russia over Ukraine, and new waves of refugees into Europe. Essential reading for students of European politics, this book offers an up-to-the-minute look at both the opportunities and existential threats facing this powerful institution.

The European Union: Politics and Policies