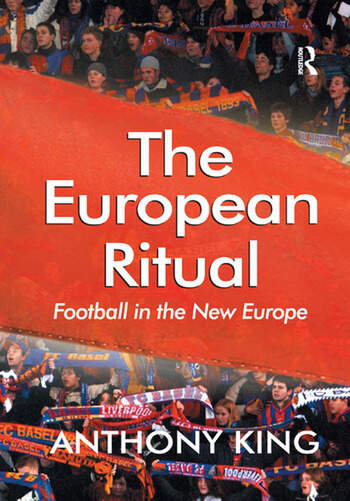 The European Ritual: Football in the New Europe

Football constitutes a vivid public ritual in contemporary European culture through which emergent social solidarities and new economic networks have come into being. This fascinating and unique volume traces the transformation of European football from the 1950s to the present, focusing in particular on the dramatic changes that have occurred in the last decade and linking them to the wider process of European integration. The examination of football illuminates how the growing dominance of the free market has changed European society from an international order in which the nation-state was dominant to a more complex transnational regime in which cities and regions are becoming more prominent than in the past. The study is supported by detailed ethnographic accounts emerging from the author's fieldwork at Manchester United and interview data with some of the most important figures in European football at clubs including Juventus, Milan, Bayern Munich, Schalke and Barcelona. It also includes a highly topical examination of racism in European football.

Contents: Part I: The Transformation of a Ritual: From 1968 to 1999; The new Europe: cities, states or superstate? Part II: Football in the Old Europe: The early years of the European Cup: 1955-70; Eurosclerosis. Part III: Football in the New Europe: Bosman; The television; The new business of football; The League of Champions. Part IV: Football Fans in the New Europe: The politics of football; Localism; Racism; The contours of a new Europe; Bibliography; Index.

Dr Anthony King is a Reader in Sociology at the University of Exeter, UK. He is the author of The End of the Terraces (1998).

’The European Ritual speaks to contemporary debates about identity, collective behaviour, regionalism and masculinity. Observation, documentary analysis and well-chosen interviews inform Anthony King's account of the changes that have swept the game from the margins of cultural life to the centre of a transnational culture. Anthony King captures the changing rhetorics of the spectacle and also, through the most comprehensive framework yet developed, illuminates the socio-political context that has made the European football ritual a topic worthy of such analytical scrutiny.’ Professor Alan Tomlinson, University of Brighton, UK ’Sports are a reflection of every society, and its importance as a social institution is underscored by the role of events, races, and games in virtually every nation for more than 4,000 years. What the Greeks initiated and the Romans professionalised, is now an integral aspect of every nation's identity and culture. Anthony King’s use of football to explain and explore European unity, definition, and development is a landmark extension in the understanding of how sports both reflects politics and sociology and leads in the development of a culture. The European Ritual redefines the pitch as the essence of European culture and illustrates the central role of sport for understanding the organization of society.’ Professor Mark Rosentraub, Cleveland State University, USA ’...this valuable study tackles the difficult question of the reality of contemporary Europe...Highly recommended.’ Choice ’...a text which will make an immediate impact, and continue to be discussed for years to come...King has managed to obtain useful data from sources which many of us would previously have thought impossible to tap...it may well be the case that The European Ritual is one of the most important books to have been published since Soccer and Society began.’ Soccer and Society ’...a worthwhile contribution to our contemporary understand

The European Ritual: Football in the New Europe