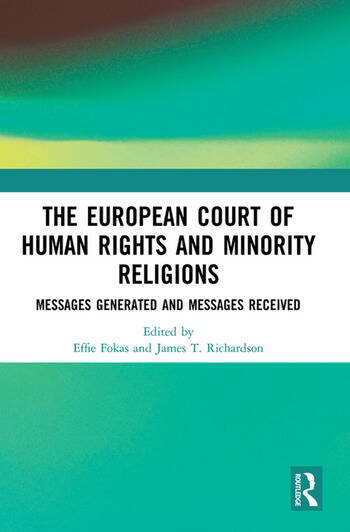 This book includes a collection of studies focused on engagements of religious minorities with the European Court of Human Rights (ECtHR). Beginning with an introduction of the global importance of the ECtHR as a standard setter in the protection of religious minority rights, the subsequent five chapters entail critical assessments of some of the Court’s case law dealing with religious minority claims (exploring their clarity and consistency – or lack thereof – and controversiality). In the process these texts impart a nuanced perspective on the challenges the Court faces in striking the right balance between protecting individual freedoms and respecting state rights to manage ‘nationally’ and ‘culturally’ sensitive matters. The second set of contributions makes readers privy to the varied results of this balancing act on the ground. Specifically, it offers empirically-based insight into the impact of the Court’s religion-related case law on grassroots religious minority groups working to defend their individual and communal rights. The chapters taken together deepen our understanding of the ECtHR in its approach to and impact on religious minorities and offer a rare vantage point on the Court, from the messages its generates to the messages received by religious minorities at the grassroots level.

The chapters in this book were originally published in Religion, State & Society, the Journal of Muslim Minority Affairs and Democratization.

I. ECtHR and case law: clarity, consistency and controversy

1. The principled slope: religious freedom and the European Court of Human Rights

2. The freedom to wear religious clothing in the case law of the European Court of Human Rights: an appraisal in the light of states’ positive obligations

5. Update on Jehovah’s Witness cases before the European Court of Human Rights: implications of a surprising partnership

6. Trying Islam: Muslims before the European Court of Human Rights

7. A rights-based discourse to contest the boundaries of state secularism? The case of the headscarf bans in France and Turkey

II. The ECtHR at grassroots level

8. The European Court of Human Rights at the grassroots level: who knows what about religion at the ECtHR and to what effects?

9. The ‘filtering effects’ of ECtHR case law on religious freedoms: legal recognition and places of worship for religious minorities in Greece

10. ‘Genuine’ religions and their arena of legitimation in Italy – the role of the ECtHR

11. Legal provisions, courts, and the status of religious communities: a socio-legal analysis of inter-religious relations in Romania

12. Beyond legal victory or reform: the legal mobilisation of religious groups in the European Court of Human Rights

is Senior Research Fellow at the Hellenic Foundation for European and Foreign Policy (ELIAMEP) in Athens, Greece, and Research Associate of the London School of Economics Hellenic Observatory, UK.