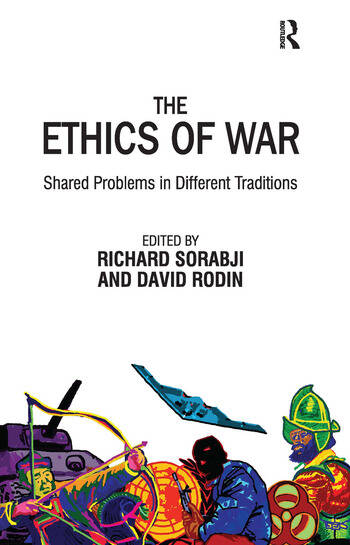 The Ethics of War: Shared Problems in Different Traditions

9/11 and the subsequent invasions of Afghanistan and Iraq have left many people baffled and concerned. This interdisciplinary study of the ethics of war provides an excellent orientation not only to present, but also to future conflicts. It looks both back at historical traditions of ethical thought and forward to contemporary and emerging issues. The Ethics of War traces how different cultures involved in present conflicts have addressed similar problems over the centuries. Distinguished authors reflect how the Graeco-Roman world, Byzantium, the Christian just war tradition, Islam, Judaism, Hinduism and the Geneva Conventions have addressed recurrent ethical problems of war. Cutting-edge essays by prominent modern theorists address vital contemporary issues including asymmetric war, preventive war, human rights and humanitarian intervention. Distinguished academics, ethical leaders, and public policy figures have collaborated in this innovative and accessible guide to ethical issues in war.

Professor Richard Sorabji, CBE, FBA, is a Fellow of Wolfson College, Oxford and Fellow and Professor Emeritus of King's College, London. He was formerly Director of Institute of Classical Studies, University of London, and Gresham Professor of Rhetoric. Dr David Rodin is Director of Research at Oxford Uehiro Centre for Practical Ethics, Philosophy Faculty, Oxford, UK, and is Senior Research Fellow at the Centre for Applied Philosophy and Public Ethics, Australian National University, Australia. He is also a steering committee member for the Oxford Leverhulme Programme on the Changing Character of War.

'Included here are authoritative commentaries addressed to the principled grounds of aggression. The editors have chosen topics and contributors with skill, acutely aware of the timely and the timeless in this grave subject'. Daniel N. Robinson, Philosophy Faculty Oxford University and Distinguished Research Professor, Emeritus, Georgetown University 'This book will be a strong contribution to the international debate on the ethics of war.' David Blankenhorn, President of the Institute of American Values, New York 'The book is worth buying for the history alone, since much of it covers topics seldom encountered outside academic journals.' The Tablet ’The collection is well written and argued, timely, and a valuable addition...Recommended. All levels.’ Choice 'The diversity of contribution brings to this a fresh and illuminating relevance. This is enhanced by the extensive discussion of contemporary issues which bear on the tradition in new and urgent ways... This book deserves to be widely studied for the major contribution to the subject that it undoubtedly is.' Theological Book Review ’... this collection contains rich scholarly and philosophical material, executed to a uniformly high standard, by intellectual commentators of many origins... The book is well edited and well equipped with index...’ Philosophy ’... a highly commendable book. I would certainly recommend it to any university lecturer looking for a core text for a course on the ethics of violence and non-violence, ethics and international affairs or international conflict resolution. It is well organized, has a useful index and is written in an accessible manner. Substantively, this collection not only contains highly reliable scholarship, but it also has a number of contributions that truly standout for their ability to make original contributions to current debates.’ International Journal of Public Theology

The Ethics of War: Shared Problems in Different Traditions