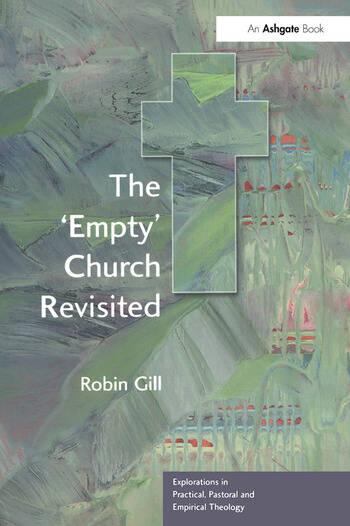 When did churches start to appear more empty than full - and why? The very physicality of largely empty churches and chapels in Britain plays a powerful role in popular perceptions of 'religion'. Empty churches are frequently cited in the media as evidence of large scale religious decline. The 'Empty' Church Revisited presents a systematic account of British churchgoing patterns over the last two hundred years, uncovering the factors and the statistics behind the considerable process of decline in church attendence. Dispelling as myth the commonly held views that the process of secularization in British culture has led to the decline in churchgoing and resulted in the predominantly empty churches of today, Gill points to physical factors, economics and issues of social space to shed new light on the origins of empty churches. This thoroughly updated edition of Robin Gill's earlier work, The Myth of the Empty Church, presents new data throughout to explore afresh the paradox of church building activity in a context of decline, the patterns of urbanisation followed by sub-urbanisation affecting churches, changes in patterns of worship, and changes within the sociology of religion in the last decade.

'This is a necessary text and classic intervention in debates over secularisation, forcing us to revise many assumptions, as well as showing the importance of the economics of over-provision.' David Martin, Emeritus Professor of Sociology, London School of Economics 'This is the second edition of The Myth of the Empty Church, a seminal work from 1993 and long out of print. While unchanged in structure, it is no mere reprint, incorporating additional research by Gill and taking account of recent contributions to the secondary literature... this remains an impressive piece of empirically grounded scholarship, which has rightly established itself as a modern classic of English religion.' Theology 'This is a fascinating work richly littered with questions for the historical researcher... But it will also prove thought-provoking for contemporary Church leaders...' Modern Believing Reviews of the first edition - 'Myth of the Empty Church': 'Robin Gill is among the handful of theologians who are truly adept in the generation and use of social science data. Gill is the best in his cadre.' The Journal of Religion 'Professor Gill's new study of churchgoing statistics and patterns ought to be on the reading list of every theological college and studied by all those who want to arrest the pattern of decline. Raising clergy morale would contribute greatly to improving the situation. Gill's research and lucid exposition of its results have done a service to all. It ought to be the starting point for any future proposals made by the mainstream churches for church growth in the years to come.' The Church of England Newspaper 'Robin Gill argues...that there are too few Christians in Britain partly because there are far too many churches. Professor Gill argues that the ideological forces of secularisation and commercialism which are conventionally supposed to explain the decline of religious observance in England, are much greater in North America. (His) remedies involve a professionalisation of the Church of England's response.' The Independent 'This is a most striking study. Dr Gill has managed to dig up an impressive array of statistics about church attendances at different points during the period.' The Expository Times 'Gill has identified an important cause of church decline, and the book is a valuable contribution to a growing historical debate.' History 'Gill's argument is composed of a number of intricately interwoven threads, one being that decline in church attendance was, in a significant number of instances, preceded by empty churches.....Gill's final chapter offers a number of suggestions as to how the analysis that he has presented points to ways in which the Church of England might try to get round the structural and economic mess in which it currently finds itself.' The Times Education Supplement 'The data that are presented repay careful attention and we must be grateful for the energy and persistence whihc have been shown. The author wishes his conclusions to be absorbed by the churches today, since he is clear that there is nothing inevitable about the continuing decline in church attendance. This stimulating and challengingly polemical book is addressing a variety of audiences.' Journal of Ecclesiastical History 'This book promises the biggest shake up in our understanding of why churches are empty for thirty years. It is a book which will demand our attention, whether we like it or not.' Derek Tidball, Baptist Union