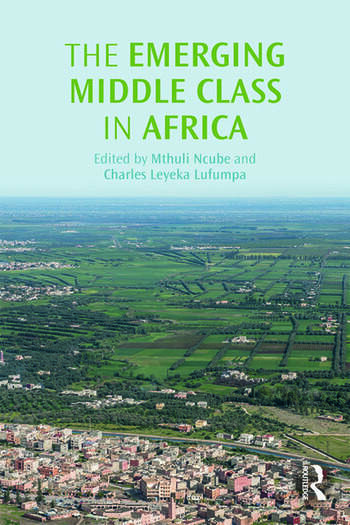 The emergence of the African middle class as a driver of Africa’s economic growth stands out as an important milestone in Africa’s contemporary economic history. This growth, though uneven, is a source of hope for Africa, but also a signal to the rest of the world on the prospects for economic recovery and renewal, particularly because it has been steady despite the global downturn.

analyses specific aspects of the lives of the middle class in Africa. It looks at how people become and remain in the middle class through a series of thematic chapters. It examines how behaviour changes in the process, in terms of consumption patterns and spending on health and education. A further dimension of this analysis is how class impacts on gender relations and whether women are able to reap the same benefits of social advancement available to men. Africa is a continent of such scale and diversity that experiences across countries vary widely. The book thus captures the common patterns across the continent.

Mthuli Ncube is Chief Economist and Vice-President of the African Development Bank Group. He oversees the process of knowledge generation and management within the bank and its regional member countries.Professor Ncube is a Senior Research Fellow at the Blavatnik School of Government, University of Oxford, UK, and a Research Fellow at St Anthony's College, University of Oxford, UK.

Charles Leyeka Lufumpa is Director of the Statistics Department at the African Development Bank Group. He oversees the bank’s activities to build statistical capacity as well as the data needs for results measurement in its operations in African countries.