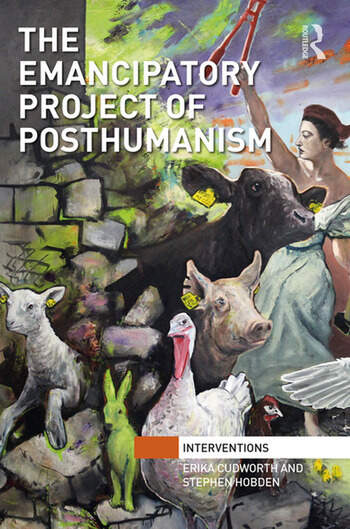 The Emancipatory Project of Posthumanism

This is the first book to make the argument for an emancipatory project from within a posthuman framework. Responding to critics, Cudworth and Hobden argue that while some posthumanisms may be less critical, it is possible to develop a political programme from a posthuman perspective.

Cudworth and Hobden develop such issues by addressing the following questions: How have ideas about emancipation been developed, and does the notion of emancipation still hold relevance for the contemporary world order? Is it possible to have a non-Utopian form of emancipation? What are the implications of differing posthuman/new materialist viewpoints for an emancipatory project? In a world typified by complexity, how is it possible to pursue political projects? The chapters consider various interpretations of the term ‘emancipation’, looking at work that has appeared within the posthumanist framework such as Bruno Latour, William Connolly, and Jane Bennett.

The authors develop their own account of posthumanism, demonstrating how it avoids the problems that have been found within this framework, and considering the possibilities for emancipatory projects and public policy. It will be of great interest to postgraduates and scholars of International Relations, Political Theory, Environmental Studies, and Sociology.

Chapter 2 Emancipation and its Critics

Chapter 3 A Politics of Enchantment: the power and fragility of things

Chapter 5 How to Change a Complex World

Chapter 6 Critical Posthumanism and the Lives of Others

Chapter 7 From the Imperial Human to Creaturely Politics

Erika Cudworth is Professor of Feminist Animal Studies in the School of Social Sciences, University of East London, where she teaches International Relations, researches in the fields of international political theory, critical animal studies and gender, and generally thinks about things posthuman.

The Emancipatory Project of Posthumanism