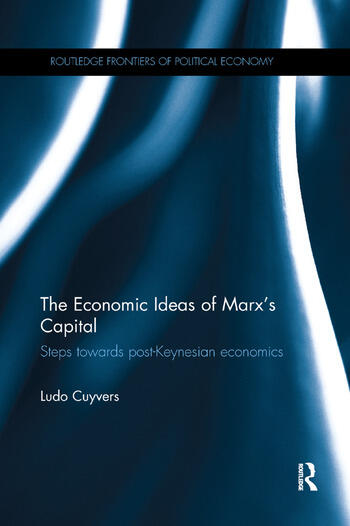 The Economic Ideas of Marx's Capital: Steps towards post-Keynesian economics

Nearly two hundred years have passed since the birth of Karl Marx and continuing to this day the influence of his economic views, insights and theories can still be felt. However, since the publication of Das Kapital, the scientific community has not been sitting idle – it is time to evaluate Marx as an economist and explore what he can bring to modern economic thinking, particularly post-Keynesian economics.

Starting with Marx’s schemes of reproduction, which, it is shown, are the basis of the linear model of production as used since the 1960s by Piero Sraffa, Michio Morishima and others, the book reviews and assesses Marx’s major economic theses. These include: the labour theory of value; accumulation and technical change and its impact on labour; the concept of unproductive labour; the tendential falling rate of profits; the evolution and determinants of the share of wages in national income; as well as short-run and long-run economic dynamics. The Economic Ideas of Marx's Capital updates the theses of the labour theory of value and the conditions for balanced growth using the recent scholarly literature, and also further develops issues related to Marx’s concept of productive labour. Moreover, the book analyses the intellectual relationship of Marx’s economic theory with post-Keynesian neo-Marxism, particularly in the writings of Michal Kalecki, Joan Robinson and others. By doing so, the book shows the need and possibilities of integrating major insights of Marxist and post-Keynesian theory.

This volume will be of interest to those who wish to explore Marx’s economic theories through a non-ideological approach, as well as students of Marxist economics, post-Keynesian economics and the history of economic thought.

Chapter 3: Towards a better understanding of what will follow – long-term economic growth and dynamics

Appendix 1: The effect of a general increase in the productivity of labour on the rate of surplus value

Chapter 6: Long-term developments - the tendency of the rate of profits to fall

Chapter 7: Long-term developments - changes in the rate of surplus value, the distribution of income and the class struggle

Chapter 8: The economic cycle and monetary theory of Das Kapital

Chapter 10: Reflections, conclusions and an agenda for future research

The Economic Ideas of Marx's Capital: Steps towards post-Keynesian economics