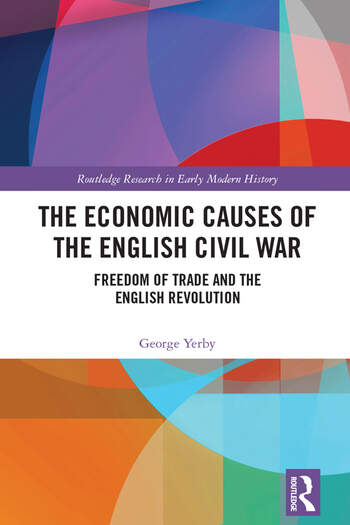 The Economic Causes of the English Civil War: Freedom of Trade and the English Revolution

This is a coordinated presentation of the economic basis of revolutionary change in 16th- and early-17th century England, addressing a crucial but neglected phase of historical development. It traces a transformation in the agrarian economy and substantiates the decisive scale on which this took place, showing how the new forms of occupation and practice on the land related to seminal changes in the general dynamics of commercial activity. An integrated, self-regulating national market generated new imperatives, particularly a demand for a right of freedom of trade from arbitrary exactions and restraints. This took political force through the special status that rights of consent had acquired in England, based on the rise of sovereign representative law following the Break with Rome. These associations were reflected in a distinctive merchant-gentry alliance, seeking to establish freedom of trade and representative control of public finance, through parliament. This produced a persistent challenge to royal prerogatives such as impositions from 1610 onwards. Parliamentary provision, especially legislation, came to be seen as essential to good government. These ambitions led to the first revolutionary measures of the Long Parliament in early 1641, establishing automatic parliaments and the normative force of freedom of trade.

1. The Basis of Change: The Early Breach of the Manorial Stasis in England; the Coming of the Commercial Yeoman Farmer; and the Increase of Opportunity—"The Exceeding Lucre They See Grow"

2. Dynamics of Change: The New Shape of Interregional Trading; the Mutual Benefits of Specialisation and Exchange; and the Growth of a National Land Market

3. The Structures of Change: The Displacement of the Open Patterns of Occupation on the Common Lands; the Timing and Effects of Enclosure; the Significance of Consolidation Without Enclosure

4. New Patterns of Work: From Smallholders to Wage Labourers; and the Role of Industrial Activity in Undermining the Commons

5. The Higher Profile of Architectural Form

6. A Changing Ethos: From Conditional to Absolute Property; the Rise of Individualism and a Self-Sustaining Market; and the Growing Demand for a Right of Freedom of Trade from Arbitrary Restraints

7. Economic Roots of Political Change: The Merchant-Gentry Alliance Against Prerogative Customs Dues; the Central, Long-Term Challenge to the Crown—"To Have a Certainty"

8. New Definitions of Good Government: "Parliament" versus "Patent"; the Opposition to Monopolies; Freedom of Trade as the Economic Policy of the Commons; and the Unsatisfied Demand for Parliamentary Legislation

9. Economic Aims of Parliament’s Foreign Policy: Elizabeth I as the Embodiment of the National Enterprise; the Dynastic Preference of James I for the National Enemy

10. The Religious War of Charles I Against His Scottish Kingdom; and the People of England "Left Now Only to Expect an Opportunity"

11. The First Revolutionary Measure of the Long Parliament: The Triennial Act of February 1641—a "Course as May Not Be Eluded"; and the Relevance of the Rise of the Gentry

12. The Triumph of Freedom of Trade: The Throwing Down of Monopolies; and the Ending of Prerogative Customs Dues

13. The Support of the Middle Sort: Parliament’s Broad Base of Allegiance Among the Substantial Freeholders and the Merchants and Traders in the Commercial Centres—"Which Said Order Is Remaining in the Town Chest"

14. Commercial, Political and Religious Connections in Parliament’s West Nottinghamshire Heartland: "To Know a Law and Have a Certainty"

15. A Middle Sort of Aristocracy: William Pierrepont and the Course of the English Revolution

16. The Socio-Economic Limits of the Revolution: Parliament, the People and the Poor; and on Whose Side Were the Levellers?

17. The Economy of the State: The First Fully Capitalist Society

George Yerby took his degree at Birkbeck College, London University in 1986, and has since worked as an historical researcher. He specialises in the economic and political history of the sixteenth and seventeenth centuries. He is the author of People and Parliament: Representative Rights and the English Revolution, published in 2008, and The English Revolution and the Roots of Environmental Change, published in 2016.

The Economic Causes of the English Civil War: Freedom of Trade and the English Revolution