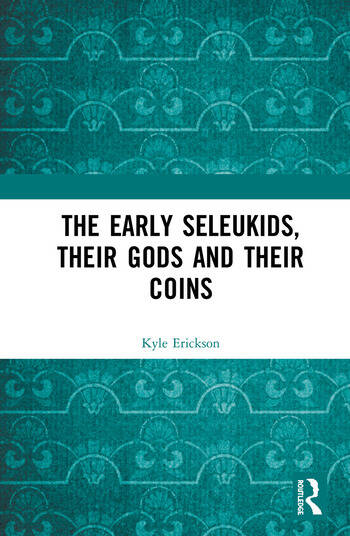 Before Alexander, the Near East was ruled by dynasts who could draw on the significant resources and power base of their homeland, but this was not the case for the Seleukids who never controlled their original homeland of Macedon. The Early Seleukids, their Gods and their Coins argues that rather than projecting an imperialistic Greek image of rule, the Seleukid kings deliberately produced images that represented their personal power, and that were comprehensible to the majority of their subjects within their own cultural traditions. These images relied heavily on the syncretism between Greek and local gods, in particular their ancestor Apollo.

examines how the Seleukids, from Seleukos I to Antiochos IV, used coinage to propagandise their governing ideology. It offers a valuable resource to students of the Seleukids and of Hellenistic kingship more broadly, numismatics, and the interplay of ancient Greek religion and politics.

Chapter 1: Creation of an empire

A new Alexander? The first attempt at a Seleukid image

Creating Seleukos "the King": the anchor and a horned horse

Failure of an image: the Medusa/bull coinage

Passing on the diadem

Chapter 2: The Creation of a Seleukid Deity

Seleukos, Antiochos and Apollo: the Creation of a Divine Genealogy

Apollo, Asia Minor and the Seleukids

Apollo and the Syrian Tetrapolis

Antiochos I, Apollo, and Iranian Kingship

The development of a Seleukid Apollo

Antiochos III and the army

Antiochos IV and his rise to power

Kyle Erickson is the Assistant Dean of Faculty for the Faculty of Humanities and Performing Arts at the University of Wales Trinity Saint David, UK. His primary research interest is the political and cultural interactions between the Greek world and the Near East. He is interested in connections between divinity, legitimacy and power. As a result, my work has concentrated on the numismatic representation of divine figures and their potential multicultural interpretations. His current research explores the iconography of the Seleukid empire, the creation of ruler cult in Asia Minor during the Hellenistic period, problems of Hellenistic kingship. He is also interested in the development of the Alexander legends and the potential existence of a Seleukos romance.