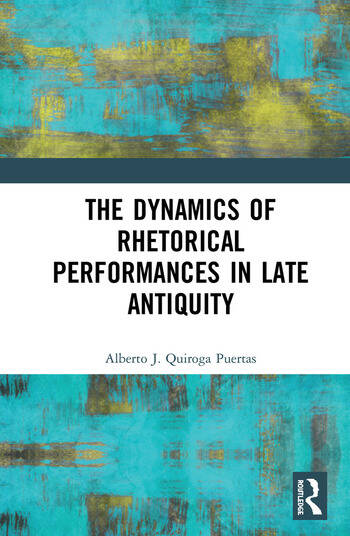 The Dynamics of Rhetorical Performances in Late Antiquity

This book argues that narrations of rhetorical performances in late antique literature can be interpreted as a reflection of the ongoing debates of the time. Competition among cultural elites, strategies of self-presentation and the making of religious orthodoxy often took the shape of narrations of rhetorical performances in which comments on the display of oratorical skills also incorporated moral and ethical judgments about the performer. Using texts from late antique authors (in particular, Themistius, Synesius of Cyrene, and Libanius of Antioch), this book proposes that this type of narrative should be understood as a valuable way to decipher the cultural and religious landscape of the fourth century AD. The volume pays particular attention to narrations of deficient rhetorical deliveries, arguing that the accounts of flaws and mistakes in oratorical displays and rhetorical performances reveal how late antique literature echoed the concerns of the time. Criticisms of deficient deliveries in different speaking occasions (declamations, public speeches, oratorical agones, school exercises, sermons) were often disguised as accusations of practising magic, heresy or cultural apostasy. A close reading of the sources shows that these oratorical deficiencies hid struggles over religious, cultural and political issues.

All the world’s a stage. Libanius’ life as a Rhetorical Performance

A Performable Life. The Narrations of Rhetorical Performances in Libanius’ Autobiography

A star is born

Alberto J. Quiroga Puertas (Ph.D. 2006) is Lecturer in the Department of Ancient Greek at the University of Granada, Spain. He has been an Honorary Research Fellow at the School of Archaeology, Classics and Egyptology at the University of Liverpool, UK (2006-2009), and was fellow at the Center for Hellenic Studies in Washington D.C., US (2014-2015). His main research interests include Greek Imperial literature and the impact of rhetoric in the creation of cultural and religious identities in Late Antiquity. He has edited the volumes The Purpose of Rhetoric in Late Antiquity: From Performance to Exegesis (2013) and Rhetorical Strategies in Late Antique Literature: Images, Metatexts, and Interpretation (2017).

The Dynamics of Rhetorical Performances in Late Antiquity