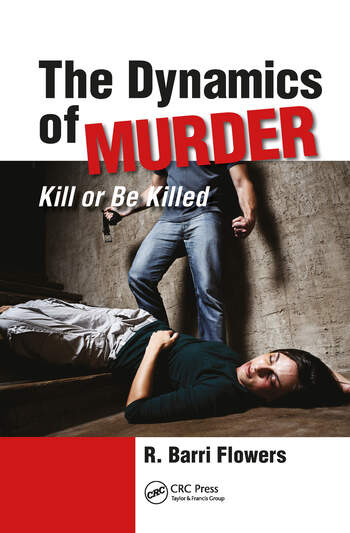 The Dynamics of Murder: Kill or Be Killed

In recent years, there has been a surge in school shootings, workplace homicides, hate violence, and deadly terrorist attacks in the United States. This has resulted in a greater focus on homicidal behavior, its antecedents, ways to recognize warning signs of at-risk victims and offenders, and preventive measures. It has also led to increased efforts by lawmakers to create and pass tough crime legislation as well as improved federal, state, and local law enforcement response to murder and other violent crimes. The Dynamics of Murder: Kill or Be Killed is a multifaceted probe of murder offenses, offenders, victims, and characteristics of homicide in American society.

This book breaks new ground in homicide studies by examining issues generally ignored or neglected among researchers. Topics include murders occurring in the workplace and in schools, those perpetrated by gangs and terrorists, those incited by bias, and intimate and intrafamilial murders. The book discusses sexual killers, serial and mass murderers, and suicide. It also examines psychological and sociological theories on murder and violence, as well as the increasing role the Internet plays in these crimes.

Case studies of actual murderers are included, including serial killers Gerald and Charlene Gallego, mass murderer Byran Koji Uyesugi, the murder/suicide case of Sahel Kazemi, and the intrafamilial murders committed by Charles Stuart and Sarah Marie Johnson. A comprehensive exploration of the crime of murder in American society, this fascinating study is an essential resource for researchers, criminologists, and other professionals in a wide range of disciplines.

Award-winning author R. Barri Flowers has nearly 40 published books to his credit. A literary criminologist, Barri began his writing career with criminology and criminal justice textbooks, after receiving a B.A. and M.S. in criminal justice from Michigan State University. Many of these books went on to become bestsellers, including the Prostitution of Women and Girls; Murder, at the End of the Day and Night; and The Adolescent Criminal. Barri branched out into true crime writing with The Sex Slave Murders, which became a bestseller. He also co-wrote the bestselling true crime reference work, Murders in the United States: Crimes, Killers and Victims of The Twentieth Century. In October 2006, he received the prestigious Wall of Fame Award from his alma mater Michigan State University and its renowned School of Criminal Justice.

"The Dynamics of Murder: Kill or Be Killed is a compelling new examination of homicide by award winning literary criminologist R. Barri Flowers. Mr. Flowers provides an academically rigorous, highly informative and very readable analysis of the complexities of murder and its causes. He offers vivid case studies of murder to complement this well researched criminology text. Mr. Flowers' clear and concise writing style make this important new book a terrific addition to the classroom and home library."
—Scott Bonn, Ph.D., Professor of Criminology at Drew University and Media Analyst

"This sweeping survey, covering every conceivable aspect of a vitally important subject, is an indispensable sourcebook for anyone interested in American homicide, from law-enforcement professionals to armchair criminologists. For a book so packed with data, it is also a consistently fascinating read, beautifully conceived and organized, and written in the lucid, vigorous style that his fans have to expect from R. Barri."
—Harold Schechter, Professor of American Literature and Culture at Queens College and Bestselling Author of The Serial Killer Files 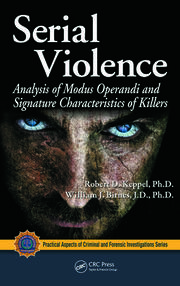 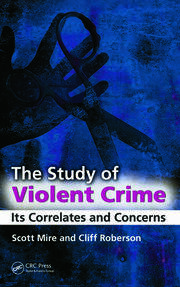 The Study of Violent Crime: Its Correlates and Concerns 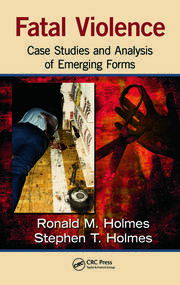 The Dynamics of Murder: Kill or Be Killed