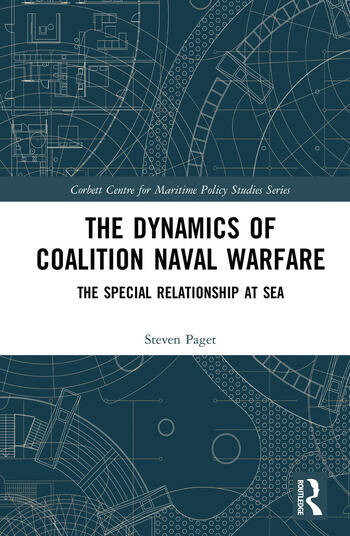 The Dynamics of Coalition Naval Warfare: The Special Relationship at Sea

This book examines the dynamics of coalition naval operations.

Since the end of the Second World War, few nations possess the capacity for large scale, sustained and independent naval operations; and even those that do, such as the USA, often find it economically, militarily and politically expedient to act multilaterally. As such, coalition naval operations increasingly became the norm throughout the twentieth-century, and there is little sign of this abating in the twenty-first. Multinational operations provide a number of benefits, but they also present a number of challenges. Examining the dynamics of coalition operations involving the Royal Navy (RN), Royal Australian Navy (RAN) and the United States Navy (USN) during the Korean War, Vietnam War and the Iraq War, this book provides a broad overview of naval interoperability between the three navies. Using the naval gunfire support (NGS) capability as a lens through which to analyse operations, the study explores a diverse range of issues, including: command and control, communications, equipment standardisation, intelligence, logistics, planning, rules of engagement, tactics, techniques and procedures and training. Approaching the subject through both historical and contemporary perspectives not only provides a unique assessment of the variation in the effectiveness of interoperability over time, but also offers a platform for better understanding and enhancing the performance of future coalition naval operations. Based on extensive archival research in Australia, the UK and the US, as well as wide-ranging interviews, this book sheds new light on the dynamics of conducting coalition operations.

This book will be of great interest to students of naval history, strategic studies, sea power, maritime security, military studies, and IR in general.

3. Testing the Partnership: Interoperability during the Korean War

8. Conclusion: Wither the Ties that Bind?

Steven Paget is a Senior Fellow in Strategy at the University of Portsmouth, UK.

The Dynamics of Coalition Naval Warfare: The Special Relationship at Sea