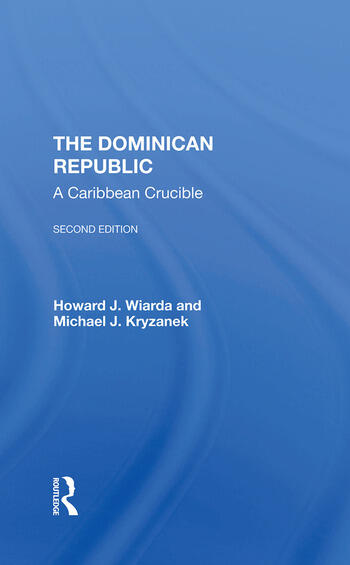 Much has occurred in the Dominican Republic since the first edition of this critically acclaimed profile was published ten years ago: Democratic government has become more firmly established, if no less contentious, and the fragile economy, though still the definitive element in Dominican life, has benefited from changes in global trade patterns and corporate investment. Yet the Dominican Republic remains a nation mired in poverty and social tension. As the country heads toward the quincentennial of Columbus's landing in the New World, there is both anticipation and apprehension as the citizenry looks back proudly to their heritage and forward to a future clouded by uncertainties. This edition examines the changing character of governance and the political changes that have returned Joaquin Balaguer to the presidency for an unprecedented sixth term. The economic transitions that have made the Dominican Republic an attractive site for foreign business and tourism are also addressed, along with the economic causes of urban and rural unrest and the emigration of Dominicans to Puerto Rico and the United States. Critical public policy issues such as energy, taxation, population control, and education are explored, together with the social and political conflicts created by debt, austerity, and fiscal reform. Finally, the authors analyze the Dominican Republic's relations with its neighbors and major trading partners, giving special emphasis to the impact of new global and regional ties. Throughout, they focus on the struggle to maintain democracy in the face of the inevitable dislocations caused by economic reform and modernization.

Foreword -- Preface -- Introduction -- The Land, the People, the Culture -- The Pattern of Historical Development -- Contemporary Dominican History -- Social Structure and Social Groups -- The Economy -- Political Institutions and Processes -- Public Policy and Policymaking -- The Dominican Republic in the International Arena -- Conclusion

"Howard J. Wiarda is professor of political science at the University of Massachusetts-Amherst (on leave), professor of national security studies at the National Defense University in Washington, D.C., and visiting scholar at the Center for Strategic and International Studies. Michael J. Kryzanek is professor of political science at Bridgewater State College in Massachusetts and in 1990 was visiting scholar at Boston University's Center for International Relations. One of his most recent books is Leaders, Leadership, and U.S. Policy in Latin America (Westview, 1992)."