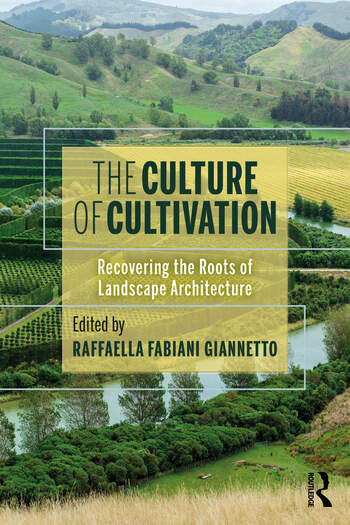 The Culture of Cultivation: Recovering the Roots of Landscape Architecture

By seeking to rediscover the profession's agricultural roots, this volume proposes a 21st-century shift in thinking about landscape architecture that is no longer driven by binary oppositions, such as urban and rural; past and present; aesthetics and ecology; and beautiful and productive, but rather prioritizes a holistic and cross-disciplinary framing.

The illustrated collection of essays written by academics, researchers and experts in the field seeks to balance and redirect a current approach to landscape architecture that prioritizes a narrow definition of the regional in an effort to tackle questions of continuous urban growth and its impact on the environment. It argues that an emphasis on conurbation, which occurs at the expense of the rural, often ignores the reality that certain cultivation and management practices taking place on land set aside for production can be as harmful to the environment as is unchecked urbanization, contributing to loss of biodiverstiy, soil erosion and climate change. By contrast, the book argues that by expanding the expertise of design professionals to include the productive, food systems, soil conservation and the preservation of cultural landscapes, landscape architects would be better equipped to participate in the stewardship of our planet.

Written primarily for landscape practitioners and academics, cultural and environmental historians and conservationists, The Culture of Cultivation will appeal to anyone interested in a radical rethinking of the role and agency of landscape architecture.

The Culture of Cultivation: Designing and Writing the Landscape

1. The Practice of Cultivation: A Dialogue of Beauty, Conservation, and Productivity through Design

4. The Urban Changes Everything about Agriculture

7. The "Three Natures": Culture and Cultivation in 18th-Century England

8. Maclura pomifera and the Making of an American Middle: A Case Study

Raffaella Fabiani Giannetto is a landscape historian and critic. Her scholarly research explores both the world of contemporary landscape architecture and that of early modern gardens and landscapes. She is the author of Medici Gardens: From Making to Design (2008), for which she received the 2010 Society of Architectural Historians’ Elisabeth Blair MacDougall Book Award, and the editor of Foreign Trends in American Gardens: A History of Exchange, Adaptation, and Reception (2017).

The Culture of Cultivation: Recovering the Roots of Landscape Architecture