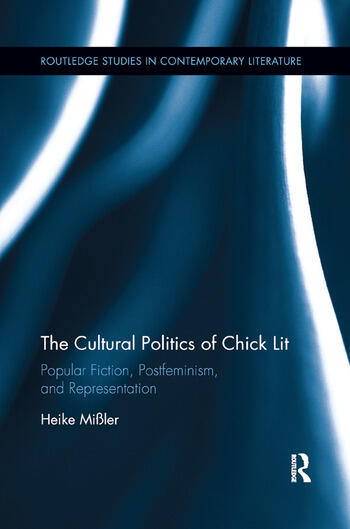 Chick lit is the marketing label attributed to a surge of books published in the wake of Helen Fielding's Bridget Jones's Diary (1996) and Candace Bushnell's Sex and the City (1997). Branded by their pink or pastel-coloured book covers, chick-lit novels have been a highly successful and ubiquitous product of women's popular culture since the late 1990s.

This study traces the evolution of chick lit not only as a genre of popular fiction, but as a cultural phenomenon. It complicates the genealogy of the texts by situating them firmly in the context of age-old debates about female literary creation, and by highlighting the dynamics of the popular-fiction market. Offering a convincing dissection of the formula which lies at the heart of chick lit, as well as in-depth analyses of a number of chick-lit titles ranging from classic to more recent and edgier texts, this book yields new insights into a relatively young field of academic study. Its close readings provide astute assessments of chick lit's notoriously skewed representational politics, especially with regard to sexuality and ethnicity, which feed into current discussions about postfeminism. Moreover, the study makes a unique contribution to the scholarly debate of chick lit by including an analysis of the (online) fan communities the genre has fostered.

The Cultural Politics of Chick Lit weaves a sound methodological network, drawing on reader-response criticism; feminist, gender, and queer theory; affect studies; and whiteness studies. This book is an accessible and engaging study for anyone interested in postfeminism and popular culture.

From Harlequin/Mills & Boon to Chick Lit: Reinventing the Romance?

The Making/Marketing of a Genre

The (Non-)Death of Chick Lit

2. Reading/Writing Chick Lit: Online Fandom and its Impact on the Genre

Offers of Identification and Reader Positions in Chick Lit

The Forms and Functions of Humour in Chick Lit

5. Escapism is for Everyone: Structures of Desire in Chick Lit

Conclusion and Outlook: The Evolution of a Formula

Heike Mißler is a Senior Lecturer at the English Department of Saarland University, Germany, where she has recently completed her PhD on postfeminist fiction. Her research interests are feminist theory, gender and queer studies, and popular culture studies.