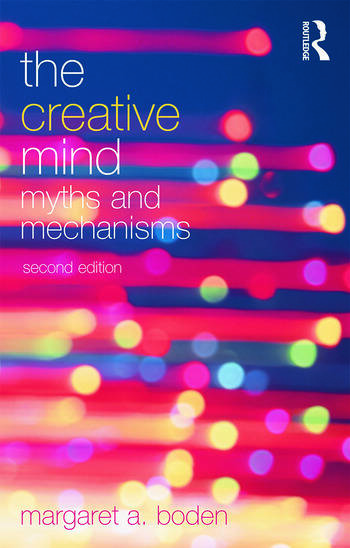 The Creative Mind: Myths and Mechanisms

How is it possible to think new thoughts? What is creativity and can science explain it? And just how did Coleridge dream up the creatures of The Ancient Mariner?

When The Creative Mind: Myths and Mechanisms was first published, Margaret A. Boden's bold and provocative exploration of creativity broke new ground. Boden uses examples such as jazz improvisation, chess, story writing, physics, and the music of Mozart, together with computing models from the field of artificial intelligence to uncover the nature of human creativity in the arts.

The second edition of The Creative Mind has been updated to include recent developments in artificial intelligence, with a new preface, introduction and conclusion by the author. It is an essential work for anyone interested in the creativity of the human mind.

'Margaret Boden is compelling reading. In The Creative Mind, she brings her lucid intelligence to bear on demystifying creativity and manages to be highly informative without obscuring the great darkness of her subject.' - Jerome Brunner, Research Professor of Psychology, New York University

'If you've ever wondered whether computers are creative, read this thought provoking and timely book.' - Howard Gardner, author of Frames of Mind and Intelligence Reframed

'[Boden] is committed to thoughtfully analysing thought and is one of the world's best commentators on these matters.' - Douglas Hofstadter, Nature

'Margaret A. Boden, has been at the forefront of efforts to exorcise Cartesian superstition and establish that the brain is a wonderfully subtle machine.' - George Johnson, New York Times Book Review

'A model of how to popularise current research.' - Times Literary Supplement

'I think this text is refreshingly engaging and well written, with plenty of real-life examples to consolidate and extend learning.' - Anthony Curtis

'The style is just right - a chatty style to introduce novices to psychology... gives confidence that this is not going to be beyond them.' - Diana Dwyer, South Nottingham College

'A fascinating and well argued book, which I recommend to others without reservation: the list of references alone is worth the cover price.' - The Philosophers' Magazine

The Creative Mind: Myths and Mechanisms