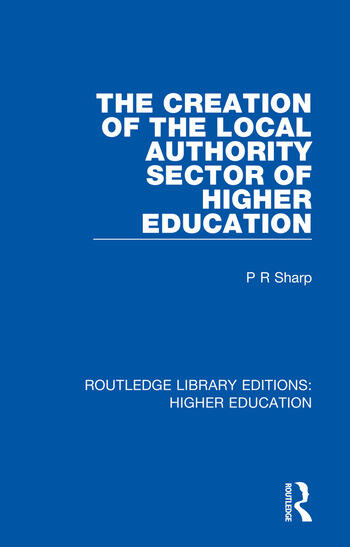 The Creation of the Local Authority Sector of Higher Education

Originally published in 1987, The Creation of Local Authority Sector of Higher Education is a macro-analysis of the creation and development of the local authority sector of higher education from the early 1960s to the 1980s. It is a political/administrative study of educational policy-making and decision-taking at the national level. This book surveys the influence on the policy of various groups such as the Department of Education and Science, the local authority associations, and the higher education teachers’ unions. The creation of the polytechnics receives considerable attention as does the merger of teacher training with advanced further education. The records of a large University Institute of Education show clearly how the battles over the future of teacher training were fought out in the 1960s and 1970s. Original material from the main teachers’ unions involved has provided additional evidence from a different perspective. This study shows the problems facing local authority higher education in the 1980s and 1990s are not new, and in many respects remain the same intractable issues which have dogged the sector since its creation.

1. The Nadir of Local Authority Influence: The Robbins Report

2. The Struggle for the Control of the Colleges of Education

3. The Emergence of the Polytechnics

4. New Arrangements for Governing the Institutions

6. Wresting the Colleges of Education from the University Institutes

7. Picking and Choosing from the James Report

8. The 1972 White Paper and the Merger of the Two Sub-Sectors of Local Authority Higher Education

9. Continued Tensions in the New Sector: Who is to Control Local Authority Higher Education?

10. The Party Politicians Look for Solutions 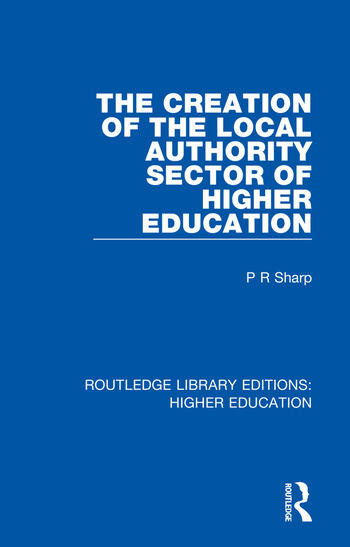 The Creation of the Local Authority Sector of Higher Education