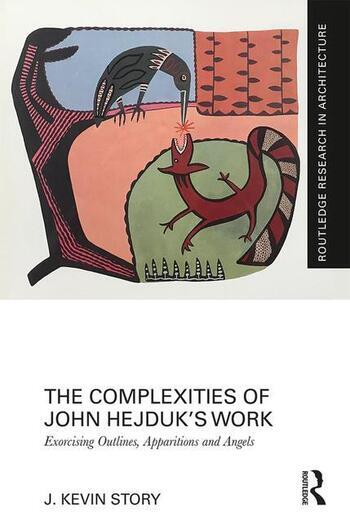 This book traces the development of John Hejduk’s architectural career, using the idea of ‘exorcism’ to uncover his thought process when examining architectural designs. His work encouraged profound questioning on what, why and how we build, which allowed for more open discourse and enhance the phenomenology found in architectural experiences.

Three distinct eras in his architectural career are applied to analogies of outlines, apparitions, and angels throughout the book across seven chapters. Using these thematic examples, the author investigates the progression of thought and depth inside the architect’s imagination by studying key projects such as the Texas houses, Wall House, and his final works.

Featuring comments by Gloria Fiorentino Hejduk and others, this book brings to life the intricacies in the mind of John Hejduk, and would be beneficial for those interested in architecture and design in the 20th century.

Pedagogy of the Texas Houses:

Pedagogy of the Wall House:

Pedagogy of the Architectural Masque:

Pedagogy of the Last Works:

Pedagogy of the Cigar Box:

Experiencing the Otherness of John Hejduk

The End of the Beginning

The Otherness of John Hejduk:

A Collection of Thought