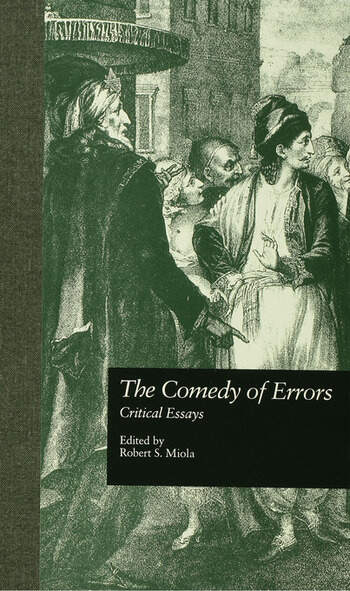 The Comedy of Errors: Critical Essays

This collection of essays and reviews represents the most significant and comprehensive writing on Shakespeare's A Comedy of Errors. Miola's edited work also features a comprehensive critical history, coupled with a full bibliography and photographs of major productions of the play from around the world. In the collection, there are five previously unpublished essays. The topics covered in these new essays are women in the play, the play's debt to contemporary theater, its critical and performance histories in Germany and Japan, the metrical variety of the play, and the distinctly modern perspective on the play as containing dark and disturbing elements. To compliment these new essays, the collection features significant scholarship and commentary on The Comedy of Errors that is published in obscure and difficulty accessible journals, newspapers, and other sources. This collection brings together these essays for the first time.

The Comedy of Errors: Critical Essays