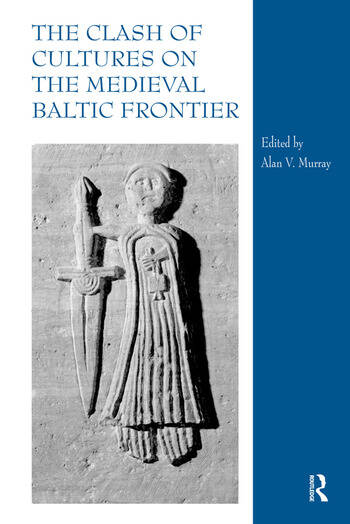 The Clash of Cultures on the Medieval Baltic Frontier

The conversion of the lands on the southern and eastern shores of the Baltic Sea by Germans, Danes and Swedes in the period from 1150 to 1400 represented the last great struggle between Christianity and paganism on the European continent, but for the indigenous peoples of Finland, Livonia, Prussia, Lithuania and Pomerania, it was also a period of wider cultural conflict and transformation. Along with the Christian faith came a new and foreign culture: the German and Scandinavian languages of the crusaders and the Latin of their priests, new names for places, superior military technology, and churches and fortifications built of stone. For newly baptized populations, the acceptance of Christianity encompassed major changes in the organization and practice of political, religious and social life, entailing the acceptance of government by alien elites, of new cultic practices, and of new obligations such as taxes, tithes and military service in the armies of the Christian rulers. At the same time, as the Western conquerors carried their campaigns beyond pagan territory into the principalities of north-western Russia, the Baltic Crusades also developed into a struggle between Roman Catholicism and Orthodoxy. This collection of sixteen essays by both established and younger scholars explores the theme of clash of cultures from a variety of perspectives, discussing the nature and ideology of crusading in the medieval Baltic region, the struggle between Catholicism and Orthodoxy, and the cultural confrontation that accompanied the process of conversion, in subjects as diverse as religious observation, political structures, the practice of warfare, art and music, and perceptions of the landscape.

Contents: Introduction, Alan V. Murray; Part I Culture and Identity: A new world into old words: the Eastern Baltic region and the cultural geography of medieval Europe, Marek Tamm; The Baltic crusades: a clash of 2 identities, Eva Eihmane; The emergence of Livonia: the transformations of the social and political structures in the territory of Latvia during the 12th and 13th centuries, Andris Å ne; Sweden's conquest of Finland: a clash of cultures?, Philip Line. Part II Crusade and Mission: Pope Honorius III and mission and crusades in the Baltic region, Iben Fonnesberg-Schmidt; Violent victims? Surprising aspects of the just war theory in the Chronicle of Peter von Dusburg, Rasa Mazeika. Part III Converting Landscapes, Converting Peoples: Sacralization of the landscape: converting trees and measuring land in the Danish crusades against the Wends, Kurt Villads Jensen; How to convert a landscape: Henry of Livonia and the Chronicon Livoniae, Carsten Selch Jensen; Rural society and religious innovation: acceptance and rejection of Catholicism among the native inhabitants of medieval Livonia, Tiina Kala; Saints' cults in medieval Livonia, Anu MÃ¤nd. Part IV Catholicism and Orthodoxy: Sterile monsters? Russians and the Orthodox Church in the Chronicle of Henry of Livonia, Torben K. Nielsen; Archbishop Vasilii Kalika of Novgorod, the fortress of Orekhov and the defence of orthodoxy, Michael C. Paul; Orthodox churches in medieval Livonia, Anti Selart. Part V Warfare on the Baltic Frontier: Music and cultural conflict in the Christianization of Livonia, 1190-1290, Alan V. Murray; Crossbows or catapults? The identification of siege weaponry and techniques in the Chronicle of Henry of Livonia, Stephen Turnbull; The significance of the local Baltic peoples in the defence of Livonia (late 13th-16th centuries), Kaspars KlavinÅ¡; The Eastern Baltic lands in the age of the Crusades: a select bibliography of publications in English, Alan V. Murray; Index.

Alan V. Murray is Senior Lecturer in Medieval Studies at the University of Leeds, UK.

’Taken together, the bibliography and sixteen articles make this a seminal work for both medieval Baltic and medieval frontier studies. The editor is to be commended for bringing this volume to publication.’ The Russian Review ’Alan Murray is to be congratulated and thanked for these essays... The editing of The Clash of Cultures on the Medieval Baltic Frontier is of such high quality that one could easily imagine that all the contributors were not only native English speakers, but had the increasingly rare gift of writing it well, too. For those with little patience for densely packed essays (and there is almost no other way to write for such a collection), Murray opens the book with a short but thorough summary of the contributions. All are of high quality...’ William Urban, Journal of Baltic Studies '... the volume is a valuable addition to the history of the medieval Baltic lands.' English Historical Review 'The editor is to be complimented for doing an extraordinarily good job in assuring the internal cohesion sometimes difficult to uphold in collective works. The articles taken together cover a broad range of topics serving as an excellent introduction through case-studies to the complex matter of the clash of cultures in the medieval Baltic frontier...' Crusades

The Clash of Cultures on the Medieval Baltic Frontier