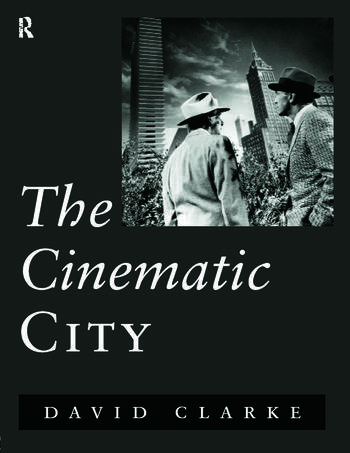 The Cinematic City offers an innovative and thought-provoking insight into cityscape and screenscape and their inter-connection. Illustrated throughout with movie stills, a diverse selection of films (from 'Bladerunner' to 'Little Caesar'), genres, cities and historical periods are examined by leading names in the field. The key dimensions of film and urban theory are introduced before detailed analysis of the various cinematic forms which relate most significantly to the city. From early cinema and documentary film, to film noir, 'New Wave' and 'postmodern cinema', the contributors provide a wealth of empirical material and illustration whilst drawing on the theoretical insights of contemporary feminism, Benjamin, Baudrillard, Foucault, Lacan, and others.
The Cinematic City shows how the city has been undeniably shaped by the cinematic form, and how cinema owes much of its nature to the historical development of urban space. Engaging with current theoretical debates, this is a book that is set to change the way in which we think about both the nature of the city and film.
Contributors: Giuliana Bruno, Iain Chambers, Marcus Doel, David Clarke, Anthony Easthope, Elisabeth Mahoney, Will Straw, Stephen Ward, John Gold, James Hay, Rob Lapsley, Frank Krutnik

David Clarke is a Lecturer in Geography at the University of Leeds.

'This innovative and thought-provoking study, utilising examples from 'Blade Runner' to Little Caesar', demonstrates how the city has undeniably shaped by the cinematic form, and how cinema owes much of its nature to the historical development of urban space.' - The Art Book Review Quarterly Issue 31