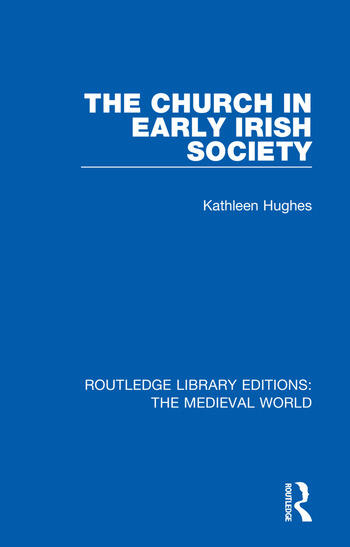 The Church in Early Irish Society

Originally published in 1966, The Church in Early Irish Society traces the history of the church right up until the twelfth century. It gives an account of the problems which arose when the organization of the Christian church, imported from the urban bureaucracy of the Roman Empire, had to be adapted to the society of early Ireland. The book also looks at the legal texts of the sixth seventh and eighth centuries and attempts through them, to trace the gradual process of modification which culminated in the eighth century, when the church now fully adjusted to Irish society, reached a so-far unprecedented height of power and influence. The book also examines the issues faced in the ninth century by the Viking raids and settlements.

5. The Problems of the Sixth-Century Church

6. The Foundation of Monastic Paruchiae

7. The When and Why of Early Monastic Paruchiae

8. Bishops and Monastic Confederations in the Seventh Century

9. Ireland and the Outside World

12. Irish Canonists and the Secular Law

17. The Influence of the Ascetic Revival

18. The Church and the Viking Terror

19. The Ecclesiastical Order and the Early Viking Settlement

20. The World in the Church

The Church in Early Irish Society