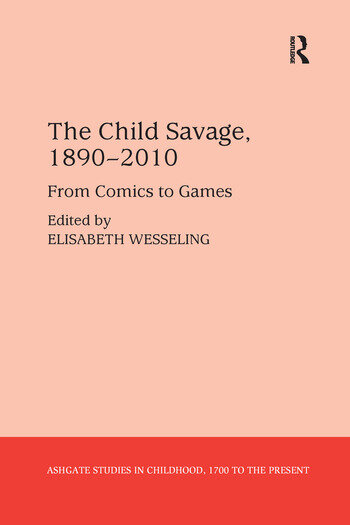 Taking up the understudied relationship between the cultural history of childhood and media studies, this volume traces twentieth-century migrations of the child-savage analogy from colonial into postcolonial discourse across a wide range of old and new media. Older and newer media such as films, textbooks, children's literature, periodicals, comic strips, children's radio, and toys are deeply implicated in each other through ongoing 'remediation', meaning that they continually mimic, absorb and transform each other's representational formats, stylistic features, and content. Media theory thus confronts the cultural history of childhood with the challenge of re-thinking change in childhood imaginaries as transformation-through-repetition patterns, rather than as rise-shine-decline sequences. This volume takes up this challenge, demonstrating that one historical epoch may well accommodate diverging childhood repertoires, which are recycled again and again as they are played out across a whole gamut of different media formats in the course of time.

Elisabeth Wesseling is Director of the Centre for Gender and Diversity at Maastricht University, The Netherlands.

"A diverse and engaging collection exploring how the child-savage trope has been reconfigured and deployed not simply across but through over a century's worth of print, cinematic, aural, and digital media. With essays that are richly researched, theoretically astute, and full of fascinating insights, the book will interest everyone working in media studies and the study of childhood and its cultural forms. Strongly recommended." - Kenneth Kidd, University of Florida

"Proceeding from a literary background, I found the related chapters to be enlightening. That should not deter readers from other disciplines, however, as the text’s study also draws upon comic strips, film, school discourse, and radio dramas, among other forms of media. Wesseling and her collaborators succeed, not only in presenting an insightful exploration of the child-savage trope in media, but in contributing to the field of cultural history with an informative and enthralling collection." - Keenan Collett, Transnational Literature Vol. 9 no.2, May 2017