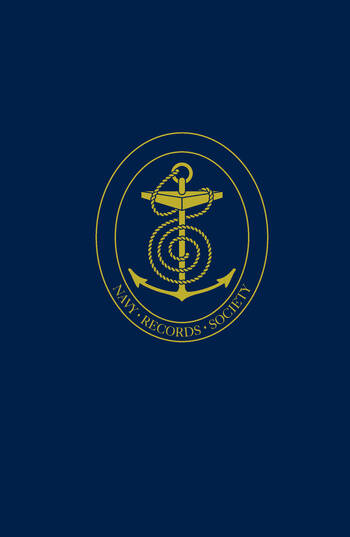 During the French Revolutionary War the Channel Fleet played the crucial role of defending Britain from invasion, protecting Britain’s incoming and outgoing trade through the Channel and Western Approaches, and preventing the French Brest fleet from setting forth on raids and expeditions. Presenting documents revealing the evolution of this role during the war, this book focuses on the blockade of Brest. It shows how the blockade developed and tightened through the increase of Admiralty control of the disposition of the Channel Fleet. It reveals the political conflicts that existed between the Commanders-in-Chief and the Admiralty, the logistical demands that had to be met, and the response of the Admiralty and fleet officers to the Spithead Mutiny. Above all, it reveals the response of the Fleet to the challenges it met from the French in their sequence of break-outs, and from the perennial problem posed by the necessity to preserve the health of seamen. Here, confuting the claims of contemporary medical officers, is evidence that shows how scurvy remained a scourge to the very end of the war.

Dr Roger Morriss read for a combined degree in History and Geography at Southampton University. He studied for his PhD under Professor Ian Christie at University College, London writing his thesis on The Royal Dockyards during the Revolutionary and Napoleonic Wars, with special reference to the period 1801-05. He has taught at Exeter University since He was the General Editor of the Navy Records Society from 2000 to 2014.

'The volume maintains the high standard of Navy Record Society publications in its presentation, editing and content and will be a great asset for those studying the Revolutionary War against France.' International Journal of Maritime History