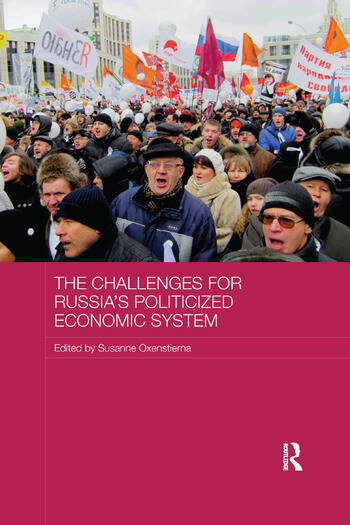 During the early 2000s the market liberalization reforms to the Russian economy, begun in the 1990s, were consolidated. But since the mid 2000s economic policy has moved into a new phase, characterized by more state intervention with less efficiency and more structural problems. Corruption, weak competitiveness, heavy dependency on energy exports, an unbalanced labour market, and unequal regional development are trends that have arisen and which, this book argues, will worsen unless the government changes direction. The book provides an in-depth analysis of the current Russian economic system, highlighting especially structural and institutional defects, and areas where political considerations are causing distortions, and puts forward proposals on how the present situation could be remedied.

Susanne Oxenstierna is a Doctor of Economics and Deputy Research Director at the Swedish Defence Research Agency, FOI.