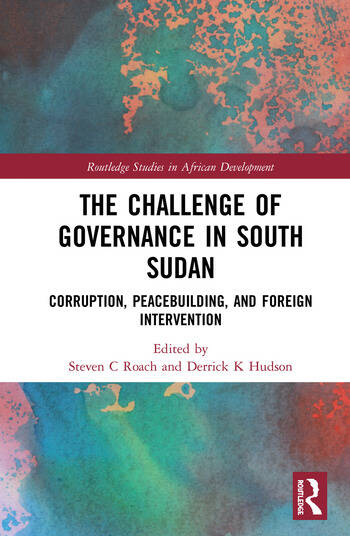 The Challenge of Governance in South Sudan: Corruption, Peacebuilding, and Foreign Intervention

South Sudan is one of the world’s most divided and unstable countries. Since achieving statehood in 2011, the country has plunged into civil war (2013-15) and become the scene of some of the worst human rights abuses on the African continent. Despite ongoing political turmoil, states and international institutions have pledged enormous resources to stabilize the country and shore up the current peace process, but have had limited influence in dealing with the effects of rampant corruption and factionalism. The Challenge of Governance in South Sudan examines the factors that continue to haunt peace-building efforts, including the domination of the SPLM/A, factionalization, corruption, human rights atrocities, an ineffective constitution, and the role of international actors. It brings together a diverse set of leading scholars to reflect on these factors and propose ways of promoting peace and stability in South Sudan.

In particular, the book asks whether the disparity between domestic priorities/policies and foreign intervention strategies has prevented the peace process from moving forward. The contributors probe this issue by addressing the flaws of past peace agreements, poor governance, a weakly articulated peacekeeping mission, US foreign policy, and a lack of moral accountability. This book is perfect for students, scholars and policy makers with an interest in the challenges faced by the world’s newest country.

Part 1: Factionalism and the National Cycle of Violence

5. The Role of UN Mission in South Sudan (UNMISS) in Protecting Civilians Christopher Zambakari, Robert A. Sanders and Tarnjeet Kang

6. Whither or Whether US Foreign Policy in South Sudan? Steven C. Roach

Steven C. Roach is Professor of International Relations at the University of South Florida-Tampa, USA

is Associate Teaching Professor of International Relations at Colorado School of Mines, USA

The Challenge of Governance in South Sudan: Corruption, Peacebuilding, and Foreign Intervention