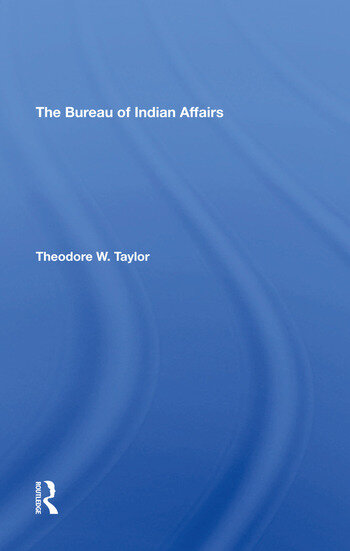 The Bureau Of Indian Affairs

Landmark legislation, such as the Indian Self-Determination and Education Assistance Act of 1975, as well as increasing federal subsidies for Native Americans, growing demand for the energy resources located on the 50 million acres of Native American lands, expanding numbers of Native Americans and their interest groups, devastating reservation unemployment, and other factors have in the last decade radically changed the environment in which the Bureau of Indian Affairs (BIA) operates. This book presents an up-to-date description and analysis of the BIA, including its missions, organization, functions, administration, problems, and decision-making and -implementing processes. Attention is given, too, to the often friction-laden interactions of the BIA and other governmental units (among them the Department of the Interior, Office of Management and Budget, Congress, the courts, Indian Health Service, and tribal, state, and local governments) with each other and with Indian interests. Abundant tables provide information on such topics as the 1980 Indian population and land by state, BIA budgets, and agricultural and mineral production on Indian lands. Dr. Taylor examines the current operations of the Bureau under the Reagan administration and explores possible policy decisions that will affect Native Americans as well as non-Indian citizens. The book includes a foreword by Phillip Martin, chief of the Mississippi Band of Choctaw Indians and president of the National Tribal Chairmen's Association.

The Bureau Of Indian Affairs