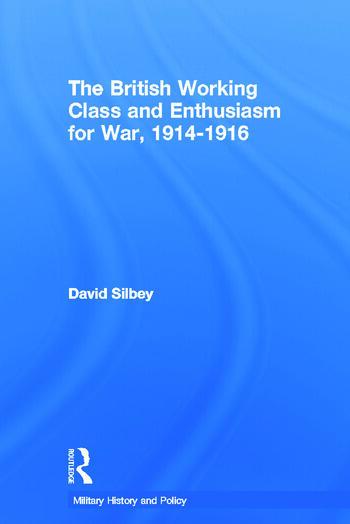 Millions of men volunteered to leave home, hearth and family to go to a foreign land to fight in 1914, the start of the biggest war in British history. It was a war fought by soldier-citizens, millions strong, most of whom had volunteered willingly to go. They made up the army that first held, and then, in 1918, thrust back the German Army to win the Great War.

The British 'Tommy' has been lionized in the decades since the war, but little attention has been made in the literature to what motivated the ordinary British man to go to France, especially in the early years when Britain relied on the voluntary system to fill the ranks. Why would a regular working-class man leave behind his job, family and friends to go to fight a war that defended not British soil, but French? Why would a British man risk his life to defend places whose names he could pronounce only barely, if at all? This book answers why, in the words of the men who were there. Young and old, from cities and country, single and married, they went to war willingly and then carried their experiences of being a part of the Great War, and why they chose such a difficult and dangerous path.

1. Introduction 2. The Rush to Colors, Business as Usual, and the Coming of Conscription, August, 1914-January, 1916 3. Currents within the Flood: Who were the Volunteers? 4. 'The Monotony of the Trivial Round': Enlistment and the Escape from Domesticity 5. 'Money was the Attraction.' Enlistment and Economic Motives 6. 'We Were Being Patriotic. Or Young and Silly.' Enlistment and Allegiance 7. 'A View of the Round World.' The Workers, Britain, Europe, and Empire 8. Conclusion: The Shadow of the Somme 9. Bibliography

David Silbey is an assistant professor of European History at Alvernia College, Reading, PA. He obtained his PhD at Duke University in 1999.