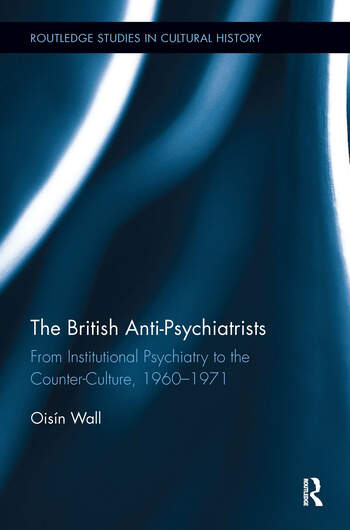 The British Anti-Psychiatrists: From Institutional Psychiatry to the Counter-Culture, 1960-1971

The British anti-psychiatric group, which formed around R.D. Laing, David Cooper, and Aaron Esterson in the 1960s, burned bright, but briefly, and has left a long legacy. This book follows their practical, social, and theoretical trajectory away from the structured world of institutional psychiatry and into the social chaos of the counter-culture. It explores the rapidly changing landscape of British psychiatry in the mid-Twentieth Century and the apparently structureless organisation of the part of the counter-culture that clustered around the anti-psychiatrists, including the informal power structures that it produced.

The book also problematizes this trajectory, examining how the anti-psychiatrists distanced themselves from institutional psychiatry while building links with some of the most important people in post-war psychiatry and psychoanalysis. The anti-psychiatrists bridged the gap between psychiatry and the counter-culture, and briefly became legitimate voices in both. Wall argues that their synthesis of disparate discourses was one of their strengths, but also contributed to the group’s collapse.

The British Anti-Psychiatrists offers original historical expositions of the Villa 21 experiment and the Anti-University. Finally, it proposes a new reading of anti-psychiatric theory, displacing Laing from his central position and looking at their work as an unfolding conversation within a social network.

1. Introduction: "A Vista of Broken Clocks"

4. "With Co-Operation We Could All Actually Win’: Three Anti-Psychiatric Events

5. "Society is a Concentration Camp": Existential Reality and Liberation

6. "A Depersonalized, Dehumanized World": The Politics of the Family

Oisín Wall is the Research Curator of the Medicine Galleries at the Science Museum, London.

The British Anti-Psychiatrists: From Institutional Psychiatry to the Counter-Culture, 1960-1971