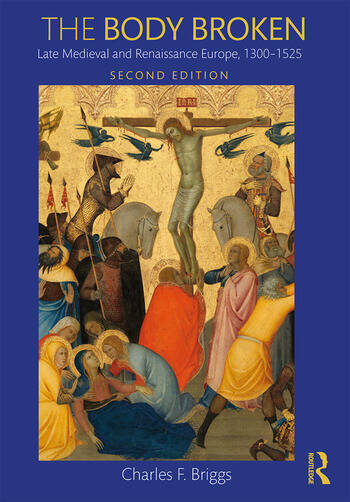 The Body Broken is a thematic survey of Europe in the late Middle Ages, a period of huge crisis, conflict and religious change that included the Black Death, the Reformation, the Peasants’ Revolt and the Renaissance.

This thoroughly updated and revised second edition retains the thematic approach of the first edition, combining sweeping interpretive synthesis with careful attention to recent and revisionist scholarship. It also devotes more attention to the histories of women and religious minorities, Renaissance humanism, politics and government in Italy and eastern Europe, and the religious reformations of the early sixteenth century. Examining late medieval and Renaissance Europe in the context of its place within global history, this book covers all the key areas, including:

Equipped with maps, tables, illustrations, a chronology and an annotated bibliography, The Body Broken is an essential and complete student’s guide to Europe in the fourteenth to early sixteenth centuries.

1 The demography of disaster

4 The theory and ideology of government

5 The lineaments and limits of state power

7 The Bride of Christ: the institutional Church

10 Language, literacy and the arts

Charles F. Briggs is Senior Lecturer in History at the University of Vermont. He has published numerous books and articles on the history of late medieval intellectual and political culture, including the recent edited volume (with P.S. Eardley) A Companion to Giles of Rome (2016).