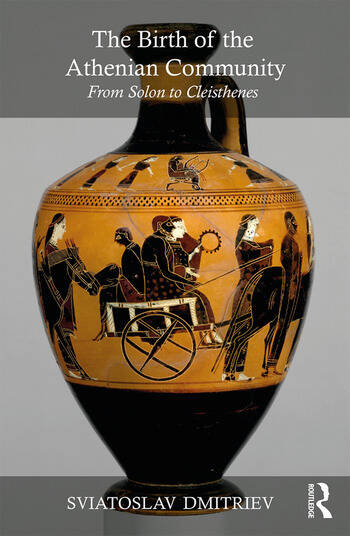 The Birth of the Athenian Community: From Solon to Cleisthenes

The Birth of the Athenian Community elucidates the social and political development of Athens in the sixth century, when, as a result of reforms by Solon and Cleisthenes (at the beginning and end of the sixth century, respectively), Athens turned into the most advanced and famous city, or polis, of the entire ancient Greek civilization. Undermining the current dominant approach, which seeks to explain ancient Athens in modern terms, dividing all Athenians into citizens and non-citizens, this book rationalizes the development of Athens, and other Greek poleis, as a gradually rising complexity, rather than a linear progression. The multidimensional social fabric of Athens was comprised of three major groups: the kinship community of the astoi, whose privileged status was due to their origins; the legal community of the politai, who enjoyed legal and social equality in the polis; and the political community of the demotai, or adult males with political rights. These communities only partially overlapped. Their evolving relationship determined the course of Athenian history, including Cleisthenes’ establishment of demokratia, which was originally, and for a long time, a kinship democracy, since it only belonged to qualified male astoi.

INTRODUCTION. More than a place: Athens in the sixth century

PART ONE. The kinship community

2. Solon’s organization of the kinship community

1. Grants of politeia "by decree" and ethnics

4. Solon and the Athenian politeia

2. The legal community and (written) laws

1. The political use of politeia

6. Cleisthenes and the emergence of the political community

1. The "citizenship of bastards"

2. Adultery and moicheia in ancient Athens

6. The politeia of the younger Pericles

Index of Inscriptions and Papyri

Index of Classical Authors and Texts

Index of Names and Subjects

The Birth of the Athenian Community: From Solon to Cleisthenes