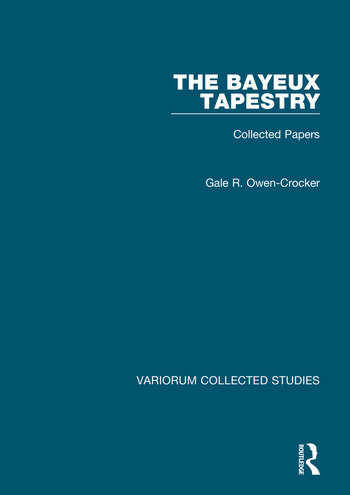 This collection of fifteen papers ranges from the author's initial interest in the Tapestry as a source of information on early medieval dress, through to her startling recognition of the embroidery's sophisticated narrative structure. Developing the work of previous authors who had identified graphic models for some of the images, she argues that not just the images themselves but the contexts from which they were drawn should be taken in to account in 'reading' the messages of the Tapestry. In further investigating the minds and hands behind this, the largest non-architectural artefact surviving from the Middle Ages, she ranges over the seams, the embroidery stitches, the language and artistry of the inscription, the potential significance of borders and the gestures of the figures in the main register, always scrutinising detail informatively. She identifies an over-riding conception and house style in the Tapestry, but also sees different hands at work in both needlecraft and graphics. Most intriguingly, she recognises an sub-contractor with a Roman source and a clownish wit. The author is Professor of Anglo-Saxon Culture at The University of Manchester, UK, a specialist in Old English poetry, Anglo-Saxon material culture and medieval dress and textiles.

Gale Owen-Crocker is Professor of Anglo-Saxon Culture at the University of Manchester, UK.

'Scholarly interest in the Bayeux Tapestry has heightened to a remarkable degree in recent years with an increased outpouring of books and articles on the subject. Gale Owen-Crocker has contributed to this perhaps more than anyone else and her publications have made her an outstanding authority on the subject... Scholars interested in further research on the Bayeux Tapestry are fortunate to have these articles now brought together into a single volume.' Francia-Recensio