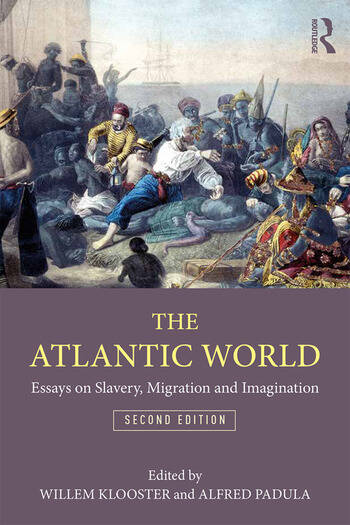 The Atlantic World: Essays on Slavery, Migration, and Imagination

The Atlantic World: Essays on Slavery, Migration, and Imagination brings together ten original essays that explore the many connections between the Old and New Worlds in the early modern period. Divided into five sets of paired essays, it examines the role of specific port cities in Atlantic history, aspects of European migration, the African dimension, and the ways in which the Atlantic world has been imagined.

This second edition has been updated and expanded to contain two new chapters on revolutions and abolition, which discuss the ways in which two of the main pillars of the Atlantic world—empire and slavery—met their end. Both essays underscore the importance of the Caribbean in the profound transformation of the Atlantic world in the late eighteenth and early nineteenth centuries. This edition also includes a revised introduction that incorporates recent literature, providing students with references to the key historiographical debates, and pointers of where the field is moving to inspire their own research.

Supported further by a range of maps and illustrations, The Atlantic World: Essays on Slavery, Migration, and Imagination is the ideal book for students of Atlantic History.

Preface to the first edition

Introduction: The Rise and Transformation of the Atlantic World

Chapter 1: Life on the Margins: Boston’s Anxieties of Influence in the Atlantic World

Chapter 2: Lisbon as a Strategic Haven in the Atlantic World

Chapter 3: Adventurers Across the Atlantic: English Migration to the New World, 1580–1780

Chapter 5: Identity and Migration: The Atlantic in Comparative Perspective

Chapter 6: Trans-Atlantic Transformations: The Origins and Identity of Africans in the Americas

Chapter 8: The Purpose of Pirates, or Assimilating New Worlds in the Renaissance

Chapter 9: Un-Silencing the Haitian Revolution and Redefining the Revolutionary Era

began his professional career as a servitor of the Cold War, first in Naval Intelligence and thereafter in the State Department. His work as a Cuban analyst at the State Department precipitated a lifelong interest in that country. After leaving the State Department he became an instructor in Latin American history at the University of Southern Maine, USA, where he remained for 29 years. Among his publications is a volume on Women in Cuba: Sex and the Revolution (1996), which remains the standard on that subject. He is currently writing a book on Maine and Climate Change.

The Atlantic World: Essays on Slavery, Migration, and Imagination