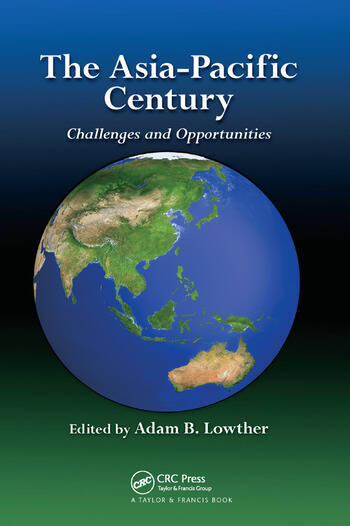 The Asia-Pacific Century: Challenges and Opportunities

When Secretary of State Hillary Clinton published "America’s Pacific Century" in Foreign Policy magazine in November 2011, the administration was clearly indicating to domestic and international audiences that the United States is beginning a pivot toward the Asia-Pacific. Clinton’s article served as a spark for renewed interest in the nation’s Asia-Pacific strategy and American interests in the region.

The Asia-Pacific Century: Challenges and Opportunities looks to the future of the Asia-Pacific and examines a broad range of questions that focus on diplomatic, economic, and military challenges facing the region’s key players, with a particular focus on their relevance to the US military.

Why Asia Matters. Top Five Asia-Pacific Economies: Integration, Conflict, Vulnerability, and Crisis, 2010–2020. Chinese Soft Economic Warfare. Steaming up the Hudson: China, the United States, and the Problem of Misperception. The Contradictions of US China Policy: Implications for the US Air Force. Shadow Dancing in the Indian and Pacific Oceans: China, India, and America. US Role in the Asia-Pacific Region: A Regional View. The Security Environment in the Asia-Pacific: An Australian Viewpoint. Conflict and Diplomacy in the South China Sea. Nuclear-Strategic Asia. Aspects of Korean Unification: Planning for US Involvement on the Korean Peninsula. Building Positive Relationships in the Asia-Pacific. Abbreviations.

Dr. Stephen J. Cimbala is a distinguished professor of political science at Penn State Brandywine. He is the author of numerous works in the field of national security studies, defense policy, nuclear arms control, deterrence, and other subjects. Dr. Cimbala is an award-winning Penn State teacher. His recent publications include Nuclear Weapons in the Information Age (Continuum International Publishing Company, 2012) and his edited volume, Civil-Military Relations in Perspective: Strategy, Structure and Policy (Ashgate Publishers, 2012).

is a research professor of economics at the Air Force Research Institute (AFRI), Maxwell AFB, Alabama. His current research interests include defense acquisition, economics and strategy, and cyberspace risk modeling. Before joining the AFRI staff, Dr. Dacus worked for the Center for Naval Analyses as a research analyst in readiness and infrastructure and then as a field representative to US Fleet Forces Command.

is a professor and chairman, Department of Political Science, and chairman, Master of Public Administration Program, Columbus State University. Rated as a naval flight officer and mission commander in the P-3 Orion, he also served as an intelligence analyst with the Combined Forces Command, US Forces, Korea, and with the War Plans Division, Forces Command.

is director of research, Air Force Research Institute, Maxwell AFB, Alabama. He is a retired US Air Force colonel with an Air Force career spanning training and combat operations. He flew the T-37, AT-38B, T-43, two variants of the F-111, and the AC-130H special operations gunship and was director of long-range planning for all US Air Force special forces. Dr. Geis served for eight years as director, Air Force Center for Strategy and Technology, where he advise

The Asia-Pacific Century: Challenges and Opportunities