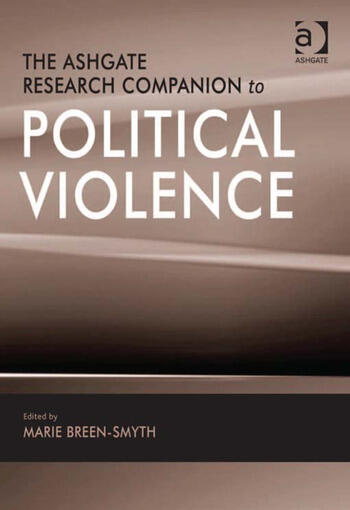 Professor Marie Breen-Smyth is Director of Research in the Department of Politics, University of Surrey, sits on the National Executive of the British International Studies Association and is a founding editor of the journal Critical Terrorism Studies. She is political advisor to the Campaign for All Injured, a cross sectoral group representing victims of political violence in Northern Ireland and founder of the Institute for Conflict Research.

’A balanced, tight-knit collection of essays from experts who write on the subject of political violence with an authority founded both on meticulous scholarship and, in many cases, direct experience. Under the editorial hand of Breen-Smyth, political violence is never reduced to a mere academic concept but is instead scrutinised and explained as a real force with devastating ramifications.’ Katy Hayward, Queen’s University Belfast, Northern Ireland ’If you want to choose one book to introduce you to different perspectives on political violence then this is the one. The editor has gathered scholars, practitioners and activists together to clarify the meaning of political violence. They consider its diverse genealogies and short, medium and long term impacts. These are then woven into a series of discussions about how to end different kinds of political violence and transform the relationships that brought them into existence. It is a must read book for anyone interested in how to conduct politics by peaceful rather than violent means.’ Kevin P. Clements, National Centre for Peace and Conflict Studies, University of Otago, New Zealand 'The Ashgate Research Companion to Political Violence is very readable and easy to understand, and is an excellent resource for undergraduate researchers and students. The book offers a good introduction to the topic of political violence with helpful and relevant additional resources for undergraduates and researchers as well as being easy enough to understand for the layperson... highly recommended...' Reference Review 'This edited collection offers an interesting and comprehensive introduction to the core issues, problems and debates in the study of political violence and its aftermath. An impressive mix of leading scholars and practitioners in the field tackle a wide range of questions from motivations, goals and forms of political violence to counter-terrorism in the UK, transitional justice and the relationship betw