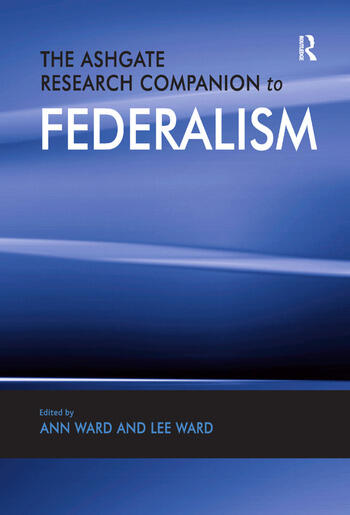 The Ashgate Research Companion to Federalism

This comprehensive research companion examines the theory, practice and historical development of the principle of federalism from the ancient period to the contemporary world. It provides a range of interpretations and integrates theoretical and practical aspects of federalism studies more fully than is usually the case. The volume identifies and examines nascent conceptions of the federal idea in ancient and medieval history and political thought before considering the roots of modern federalism in the ideas of a number of important European political theorists of the sixteenth through eighteenth centuries. The contributors focus on the development and institutionalization of the principle of federalism in the American Republic and examine the historical development and central policy debates surrounding European federalism. The final sections investigate contemporary debates about theories of federalism and regional experiences of federalism in a global context including Africa, India, Australia, the Middle East, and North and South America. The scope and range of this volume is unparalleled; it will provide the reader with a firm understanding of federalism as issues of federalism promise to play an ever more important role in shaping our world.

'...an impressive research compendium of the world’s federalist ideas, forms and practices. It convincingly demonstrates that the search for federalism as a non-unitary form of governance has been a universal theme through the ages and across civilizations.' Thomas O. Hueglin, Wilfrid Laurier University, Canada

The Ashgate Research Companion to Federalism