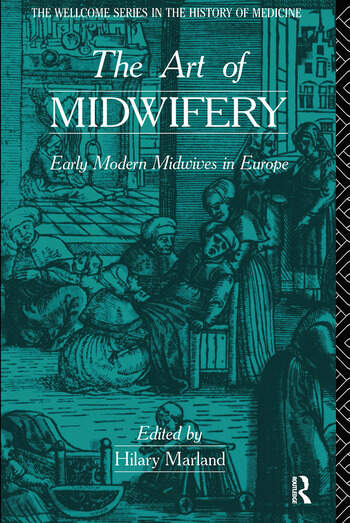 The Art of Midwifery: Early Modern Midwives in Europe

The Art of Midwifery is the first book to examine midwives' lives and work across Europe in the early modern period. Drawing on a vast range of archival material from England, Holland, Germany, France, Italy and Spain, the contributors show the diversity in midwives' practices, competence, socio-economic background and education, as well as their public function and image. The Art of Midwifery is an excellent resource for students of women's history, social history and medical history.

`It is unusual for series of historical essays to break so much new ground in such an exciting way. It is no exaggeration to say that this is probably the most important contribution to the history of medwives ever produced.' - Gender & History

`The essays open up new fields, reversing what has been the dominant focus upon the diminishing role of midwives against what the male doctors since the nineteenth century. An international scholarly cast takes a Europe-wide view, shattering traditional perceptions of the `old witch' whilst revealing complex local variations in the social status of midwives.' - British Book News

`A fascinating survey of the life, work and social standing and public role of midwives.' - Ornella Moscucci, Times Literary Supplement

The Art of Midwifery: Early Modern Midwives in Europe