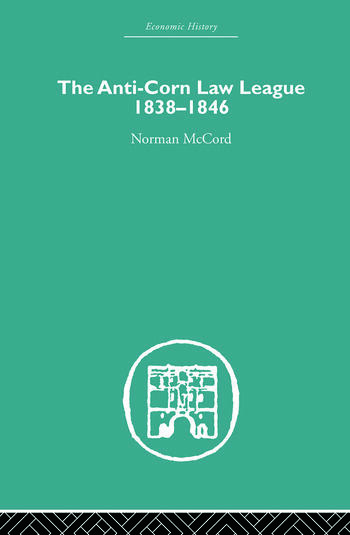 Although the Anti-Corn Law league played a most important part in the politics of the 1840's, there is no modern study of its activities and organization. Based on several years work on the original sources, as well as papers belonging to George Wilson, President of the League for most of its life, this book sheds light on the internal history and organization of the League.

Written from a political perspective, Dr McCord describes the origin, organization and activities of the League, together with its effect on the contemporary political scene, and as such, fills an important gap in our knowledge of the political history of early Victorian England. At the same time, the book provides an analysis of an unusually well-documented political pressure group, making it a most welcome addition to literature for historians and economic historians, as well as students of political science.

This book was first published in 1958.

1. The Foundation of the League

4. The General Election and After