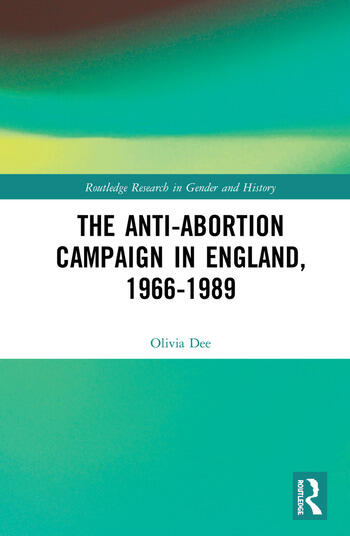 This book comprises a history of the anti-abortion campaign in England, focusing on the period 1966-1989, which saw the highest concentration of anti-abortion activity during the twentieth century. It examines the tactics deployed by campaigners in their efforts to overturn the 1967 Abortion Act. Key themes include the influence of religion on attitudes towards sexuality and pregnancy; representations of women and the female body; and the varied, and often deeply contested, attitudes towards the status of the fetus articulated by both anti-abortion and pro-choice advocates during the years 1966-1989.

2. Abortion and Permissiveness in Parliament

3. Babies for Burning: The Realities of Implementation

6. One Body or Two?: Understandings of Embodiment and Personhood in Pro-Life Discourse

Olivia Dee is an oral historian of gender, women and reproductive rights based at Queens University Belfast, on the Northern Ireland Mother and Baby Homes and Magdalene Laundries project. She completed her Ph.D. from Royal Holloway, University of London in 2017.