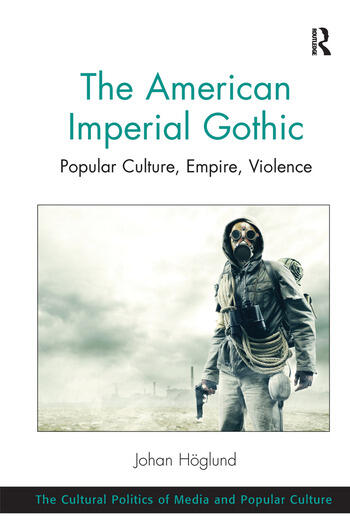 The imagination of the early twenty-first century is catastrophic, with Hollywood blockbusters, novels, computer games, popular music, art and even political speeches all depicting a world consumed by vampires, zombies, meteors, aliens from outer space, disease, crazed terrorists and mad scientists. These frequently gothic descriptions of the apocalypse not only commodify fear itself; they articulate and even help produce imperialism. Building on, and often retelling, the British ’imperial gothic’ of the late nineteenth century, the American imperial gothic is obsessed with race, gender, degeneration and invasion, with the destruction of society, the collapse of modernity and the disintegration of capitalism. Drawing on a rich array of texts from a long history of the gothic, this book contends that the doom faced by the world in popular culture is related to the current global instability, renegotiation of worldwide power and the American bid for hegemony that goes back to the beginning of the Republic and which have given shape to the first decade of the millennium. From the frontier gothic of Charles Brockden Brown's Edgar Huntly to the apocalyptic torture porn of Eli Roth's Hostel, the American imperial gothic dramatises the desires and anxieties of empire. Revealing the ways in which images of destruction and social upheaval both query the violence with which the US has asserted itself locally and globally, and feed the longing for stable imperial structures, this book will be of interest to scholars and students of popular culture, cultural and media studies, literary and visual studies and sociology.

Johan HÃ¶glund is Senior Lecturer in English Literature at Linnaeus University, Sweden. He is a member of Linnaeus University Centre for Concurrences in Postcolonial Studies and his most recent publications include Transnational and Postcolonial Vampires: Dark Blood (2012), 'Parables for the Paranoid: Affect and the War Gothic' in Continuum: Journal of Media and Cultural Studies (2013) and 'Black Englishness and the Concurrent Voices of Richard Marsh in The Surprising Husband' in English Literature in Transition (2013).

’Ranging from the Cold War to the recent War on Terror�, Dr Johan HÃ¶glund's precise, ambitious and thought-provoking study marks the return of (contemporary) politics to where it has always lurked, darkly - in the very heart of Gothic literature.’ Tabish Khair, Aarhus University, Denmark ’Original, timely, and solidly researched, The American Imperial Gothic challenges orthodoxies about American culture and casts the American Gothic in a new and darker light, revealing the complex collusion between the entertainment industry and America’s history of militarism in the long twentieth century. HÃ¶glund’s book offers an important contribution to American Studies and Gothic Studies alike!’ Agnieszka Soltysik Monnet, University of Lausanne, Switzerland '... the utility and timeliness of the concept of the American imperial gothic outlined in this book makes it an important contribution to the field of American cultural studies and it will surely be widely cited in the literature, and deservedly find its way onto undergraduate reading lists across a range of disciplines.' Stephen Connor, Viewfinder Online 'While American Imperial Gothic is a fairly easy and quick read, it successfully takes on the complicated workings-across a nation’s lifetime, no less-of the web of politics, history, popular culture, and power in the United States.' Science Fiction studies 'Johan HÃ¶glund’s latest volume narrows its focus from the world to America in eleven enlightening chapters. As with his former co-edited title, again libraries should buy this latest, but so should readers interested in dark-souled films and search-and-destroy computer games. ... For cineastes, the pleasure is in reading the abundance of films Hoglund raises for their telling details, for their showing of a monstrous version of draining imperialism.' Gothic Imagination 'As a historically-grounded and theoretically-informed exploration of popular cultural texts that engages with debates in P