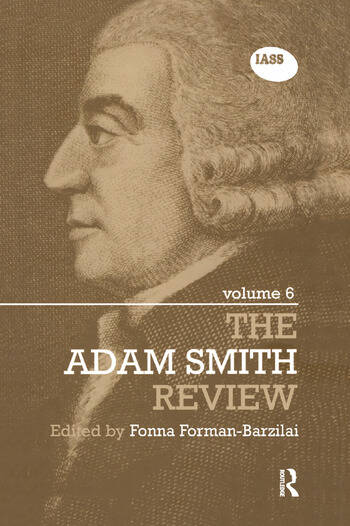 Adam Smith’s contribution to economics is well-recognized but in recent years scholars have been exploring anew the multidisciplinary nature of his works. The Adam Smith Review is a refereed annual review that provides a unique forum for interdisciplinary debate on all aspects of Adam Smith’s works, his place in history, and the significance of his writings to the modern world. It is aimed at facilitating debate between scholars working across the humanities and social sciences, thus emulating the reach of the Enlightenment world which Smith helped to shape.

Fonna Forman-Barzilai is Associate Professor of Political Theory at University of California, San Diego, USA. She is editor of The Adam Smith Review on behalf of the International Adam Smith Society.