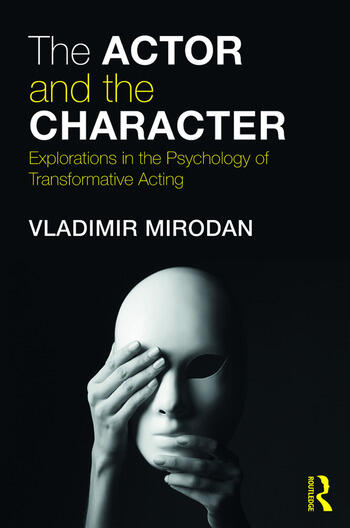 The Actor and the Character: Explorations in the Psychology of Transformative Acting

Transformative acting remains the aspiration of many an emerging actor, and constitutes the achievement of some of the most acclaimed performances of our age: Daniel Day-Lewis as Lincoln, Meryl Streep as Mrs Thatcher, Anthony Hopkins as Hannibal Lecter – the list is extensive, and we all have our favourites. But what are the physical and psychological processes which enable actors to create characters so different from themselves? To understand this unique phenomenon, Vladimir Mirodan provides both a historical overview of the evolution of notions of 'character' in Western theatre and a stunning contemporary analysis of the theoretical implications of transformative acting. The Actor and the Character:

The Actor and the Character

speaks not only to academics and students studying actor training and acting theory, but contributes to current lively academic debates around character. This is a compelling and original exploration of the limits of acting theory and practice, psychology, and creative work, in which Mirodan boldly re-examines some of the fundamental assumptions of actor training and some basic tenets of theatre practice to ask: What happens when one of us ‘becomes somebody else’?

A Note on Terminology

PART ONE – The Idea of Character

Chapter Five The Drama of No Character

PART THREE – The Melding of Actor and Character

Vladimir Mirodan is a theatre director, Emeritus Professor of Theatre, and was Vice-Principal and Director of Drama at the Royal Conservatoire of Scotland and Principal of Drama Centre London. He has published on topics of acting psychology, as well as the theory and practice of acting.

The Actor and the Character: Explorations in the Psychology of Transformative Acting